Why free treatment ok for ministers, not for masses: Kejriwal 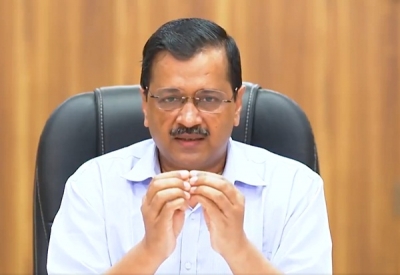 NEW DELHI, Nov 25:  Taking a dig at his political rivals over their “freebie” remarks, Delhi Chief Minister Arvind Kejriwal has asked why it is fine for ministers to get free treatment while the same facilities if provided to the people are criticised.

The AAP government is frequently targeted by its political rivals for dols to Delhi voters in the guise of free electricity, water, travel for women in buses, among other schemes.

“The opposition party leaders say, where will the money come from? All the ministers and officials who used to loot money together, we stopped that loot. All that money which used to be stolen from the government, we started distributing that money to the public, he said, adding, “There is a lot of money with the government, but these people have fooled the public that there is no money.”

“A rumour about the duration of this scheme has been going around — people are wondering whether this scheme is applicable only for a year. But we will keep this scheme running. Work is being done to overcome any hindrances that have come up. Talks and negotiations with LIC are also in the process currently, which will definitely be successful.”

“After this the scheme will easily be extended and a few lawyer friends of ours, whom I found out were unable to register earlier, can register soon as we will reopen the portal,” the AAP Chief added.

The post Why free treatment ok for ministers, not for masses: Kejriwal appeared first on The Shillong Times.

Working towards being the husband of the millennium: Ranveer…