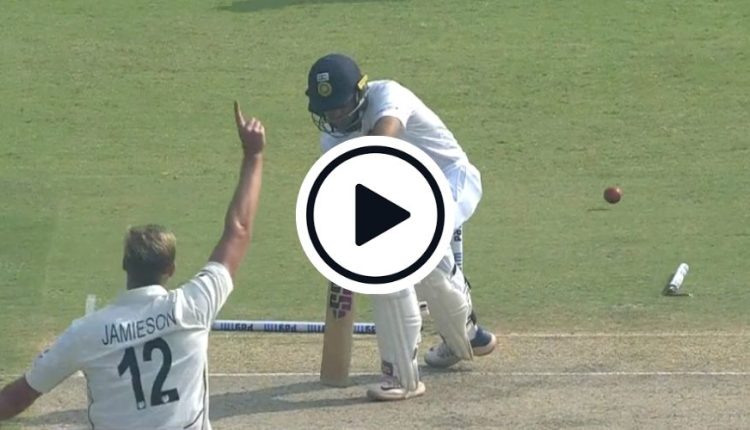 Watch: Kyle Jamieson got the wicket of Shubman Gill with a gorgeous in-seaming delivery on day one of the Kanpur Test, almost mirroring the batter’s dismissal off James Anderson earlier this year.

The Kiwi quick struck in the first over after lunch during the first Test between India and New Zealand with a good length delivery outside off, which moved in enough to rattle Shubman Gill’s stumps. The batter got forward to defend the in-ducker but got a big inside edge, with the ball sneaking through the bat-pad gap to dislodge the timber. Gill was dismissed for a well-made 52 off 93 deliveries as Jamieson got his second wicket of the day.

Gill had fallen to a similar delivery by James Anderson earlier this year at Chennai when the England bowler had run through his defence with a ball that came into the batter. The India opener had seen the ball go through his inside edge on that instance as well before his off-stump was sent cartwheeling.

Telangana man dies by suicide after losing money in cryptocurrency

‘Bhuj: The Pride of India’ review: A messy, loud tribute to…