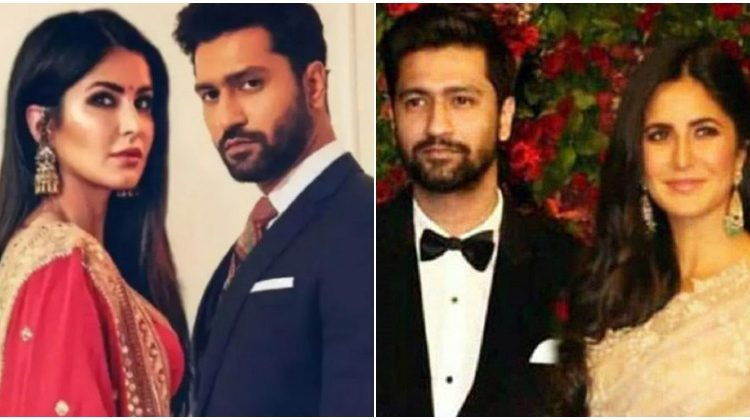 Vicky Kaushal and Katrina Kaif are expected to exchange wedding vows next month in Rajasthan. While the alleged couple hasn’t yet made any official announcement, they are reportedly busy in their marriage preparations. Vicky and Katrina will be tying the knot at a fort resort in Rajasthan and the latest reports suggest that they have issued a diktat for guests attending the ceremony.

Following the footsteps of Ranveer Singh and Deepika Padukone, Vicky and Katrina too will not allow guests to carry their mobile phones during the wedding due to privacy purposes. The ceremony will be a family affair and only a few names from the film industry will be among the guests.

Speaking about the ban on mobile phones, an insider told India Today that the soon-to-be-married couple will be imposing a no-mobile policy for guests attending their wedding ceremony. They have asked the event management agency to make sure that no videos or pictures make it to the internet from their marriage without their knowledge.

The insider said, “This is a big day for both of them, so it’s obvious that they are going all-out to ensure that there is no situation where photos and videos are being leaked on social media without them knowing. Katrina and Vicky are hands-on with the wedding prep and there is an elaborate team put in place to ensure privacy and security”.

Before heading to Jaipur for their grand wedding, the alleged lovebirds are rumoured to have a court marriage in Mumbai next week. After their Rajasthan marriage, they will take a small break before resuming work.

On the other hand, Katrina has wrapped up shooting for Phone Bhoot alongside Ishaan Khatter and Siddhant Chaturvedi. She is currently busy with the third film in the Tiger franchise opposite Salman Khan. She has also signed Farhan Akhtar’s female buddy film Jee Le Zara co-starring Priyanka Chopra and Alia Bhatt.