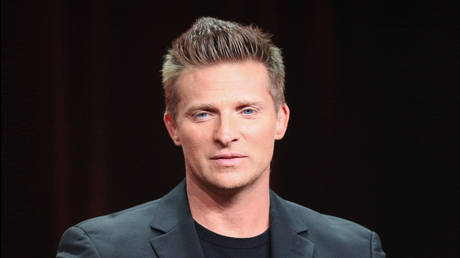 Steve Burton, star of popular American drama General Hospital, has been fired after 29 years of portraying one of the main characters for his refusal to be vaccinated from Covid-19.

“Unfortunately, General Hospital has let me go because of the vaccine mandate. I did apply for my medical and religious exemptions and both of those were denied, which hurts but this is also about personal freedom to me,” said the actor in the Instagram post.

Burton added that he doesn’t think anybody “should lose their livelihood over this” but underlined that he would always be grateful for years of filming for the ABC series, which is listed in the Guinness World Records as the longest-running American soap opera in production.

“I’m excited to see what the future brings and maybe one day if these mandates are lifted, I can return and finish my career as Jason Morgan, that would be an honor,” the actor, who has been on the award-winning show since 1992, noted.

According to Burton’s co-star, Nancy Lee Grahn, who plays Alexis Davis, everyone working on General Hospital was required to provide a certificate of vaccination by November 1 with no exceptions allowed.

About two weeks ago, another actor, Ingo Rademacher, who plays Jasper Jacks, left the show after apparently refusing to comply with the vaccine requirement. In social media posts, the German-born Australian actor frequently spoke out against vaccine mandates. Rademacher shared with his followers that he would “stand with you to fight for medical freedom.” His character was written off the show, the last episode with his participation was aired on Monday, November 22.

New ‘Botswana’ variant is most mutated version of Covid

Rapper Raftaar to perform in Hyderabad, Goa next month

Snapchat launches tools for voters ahead of LS polls