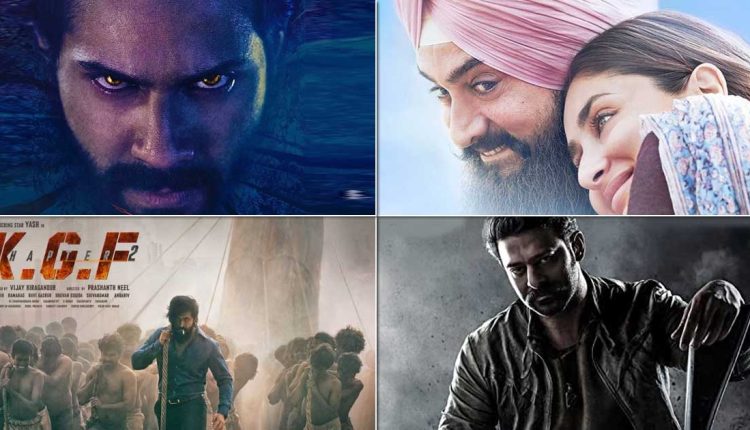 Dinesh Vijan’s horror comedy film Bhediya starring Varun Dhawan and Kriti Sanon is one of the much-awaited films of 2022. The film was previously set to be released on April 14 but now the release date has been postponed to November 2022. By rescheduling the release date, the makers averted the clash with 3 big-budget films. Scroll down to know more.

Helmed by Amar Kaushik, the film is touted to be one of its kind horror comedy with an international crew roped in to design the action scenes and visual effects. It is also the third film in the Horror comedy space after Stree and Roohi.

Varun Dhawan and Kriti Sanon starrer Bhediya were supposed to be released on April 14. The film’s release date was clashing with three other big-budget films Prabhas’ Salaar and Yash’s KGF Chapter 2. By postponing the release date the makers averted the clash with these big-budget films at the box office.

Interestingly, Aamir Khan’s Laal Singh Chaddha is also being released on the same day as Prashant Neel’s film. The superstar even apologized to the makers of the film. During a conversation with a trade analyst, he said, “I hate to give the impression that I am trespassing on someone else’s territory, but since I am playing a Sikh for the first time in my career, the Baisakhi day (14th April) seemed to be the most appropriate for the release of Laal Singh Chaddha.”

Meanwhile, a previous report from Pinkvilla speculated the reason behind Varun Dhawan and Kriti Sanon starrer Bhediya’s release date postponement. The report cited a source as saying, “Bhediya is high on VFX films with the makers trying to introduce the Indian audience to a completely new and different world. They have shot extensively at real locations in Arunachal Pradesh and the forests around. While the shoot is wrapped up, it’s currently in the post-production stage. The visual effects are being done by MPC (Moving Picture Company), who have worked on films like 1917, The Jungle Book, The Lion King, Harry Potter, and Justice League among others.”

The visual effects in Dinesh Vijan’s film are taking longer than expected which has compelled the makers to push it further by six months. The source added, “It’s a new genre, and the team is looking to create a big-screen experience with not just the never seen before visuals, but also some unique sound effects meant for the cinema halls. The film will now be released in the last quarter of 2022 between the October to December window.”

Gambhir down with stomach bug, fever