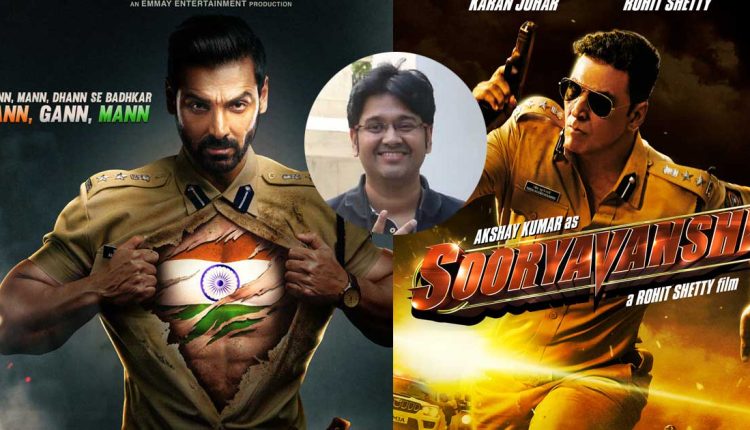 Milap Zaveri’s Satyameva Jayate 2, starring John Abraham and Divya Khosla Kumar, releases today. A few days ago, the film was awarded a U/A certification with zero cuts. While that news made the headlines, details regarding its runtime was also in the news. Now we hear, the film went in for re-certification.

As per the report, a day after the film was awarded the certification, the makers were back at the CBFC office. Why? Well, it’s because they added a sequence in the film and wanted to get CBFC’s approval for the same. Read o for details.

As reported by Bollywood Hungama, the Satyameva Jayate 2 scene in question is of a Muslim lady asking a rude officer at the EPFO office asks for her cheque. The officer berates her and tosses her Holy Quran into the air. At this point, Jai Balram Azaad (John Abraham) arrives at the scene and catches the holy book respectfully. he then tells the corrupt officer to give her the cheque within 20 minutes before she finishes her namaz. The said scene then sees the officer race against time despite opposition from the slow-moving bureaucratic attitude of the staff and hands her the cheque before the stipulated time.

Katrina Kaif & Vicky Kaushal To Follow Virushka’s Footsteps & To Have A Strict No-Phone Policy At Their Big Fat Indian Wedding?

In a recent conversation with the above-mentioned portal, writer-director Milap Zaveri was asked the reason why the particular scene was removed from Satyameva Jayate 2. Shedding light on the same, he revealed, “Part 1 had a scene where a boy is being tortured inside the police station and the mother prays namaz outside. John arrives and saves the boy. It was a scene that resonated big time with the mass audiences at that time. I still remember the whistles and claps in the theatres. So, I constructed a similar kind of scene for Satyameva Jayate 2.”

Milap Zaveri added, “But when everyone in our team saw the film, they felt that we could do away with the scene as there’s already enough masala in the film. And the entry scene of Jai itself was so heroic. I agreed and decided to remove it.”

So why did the director and team Satyameva Jayate 2 change their mind? Well, answering the question, Milap Zaver said, “I saw the Ganpati Bappa scene in Sooryavanshi and I went absolutely bonkers. That’s when I told John Abraham and the makers that a scene that preaches communal harmony should be there in the film. I also reminded them about the reaction that the Sooryavanshi scene generated. People have loved it as it gives such a positive message. The said scene in Satyameva Jayate 2 is also on similar lines. Hence, I requested them to add this sequence in the film.”

For those wondering which Sooryavanshi scene is being spoken about, it’s the one that takes place in the second half. This scene sees cops trying to evacuate the busy Minar Chowk, comprising a temple and mosque, due to a bomb scare. The priests in the temple start lifting the idol of Lord Ganesha in order to keep in a safe place. The devotees at the mosque, realizing that the priests alone won’t be able to lift the idol, come to their rescue. The scene beautifully shows the Muslims removing their footwear outside the temple and then helping the priests. Some people then get a handcart and the idol is then safely put on it. All this while, the song ‘Chodo Kal Ki Baatein’ is played and it seems just apt for the situation.

Talking about Satyameva Jayate 2, on November 16 it was revealed that the film was cleared by the Central Board of Film Certification (CBFC) with a U/A certificate and zero cuts. The censor certificate was handed over to the makers and was said to be 138 minutes, that is, 2 hours and 18 minutes. Directed by Milap Zaveri, it stars John Abraham in a triple role alongside Divya Khosla Kumar.

Must Read: Taimur Ali Khan Had A Savage Reply For Mommy Kareena Kapoor Khan When Asked To ‘Chill Out’

‘Fighter’ Director Siddharth Anand On Working With Hrithik Roshan: “He Looks At A Broad Perspective Of The Film”

Zoë Kravitz On Robert Pattinson’s Role In ‘The Batman’: “His Transformation Was Out Of This World”