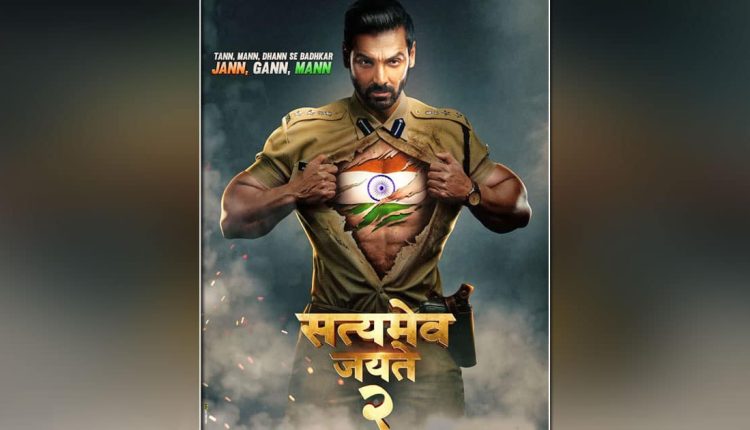 The film is a Thursday release and with no festive season, a slow start has been witnessed across India. Being a mass entertainer, the film was always said to work more in single screens. However, some sort of equilibrium was expected between single screens and multiplexes. Let’s how it’s faring in both.

As per the reports flowing in, Satyameva Jayate 2 opened to a morning occupancy of 10-12% (average) across the country. In the afternoon shows, the occupancy has shown an expected jump as occupancy of 20-22% is being reported. As expected, the film is going well in single screens. Multiplexes, on the other hand, are performing below average.

KBC 13: John Abraham Cries Like A Baby In Front Of Amitabh Bachchan; Remembers His Visit At Big B’s Residence

Aanand L Rai Breaks Silence On Trolls Over Age Difference Between Sara Ali Khan & Akshay Kumar: “We Have A Habit Of Judging People”

Satyameva Jayate 2 is expected to grow further in evening and night shows.

Meanwhile, recently talking to IANS, John Abraham cleared that his upcoming film is only for the masses and not for niche audiences.

“Firstly, our film ‘Satyameva Jayate 2’ is made for the mass audience and not for the niche. People who buy tickets, go to the theatres, especially the audience of single-screen theatres in a small town, are not bothered about the reviews and critical explanation. They want entertainment.

That is why their enthusiasm is also reflected in the box-office collection. For us, actors and producers, that is the most important factor. I also must mention that there is a clear disconnect between what is happening on social media and how that is played out on box-office collections.”

The post Satyameva Jayate 2 Day 1 Occupancy Report Is Out! Takes A Slow Start, Expected To Pick Up appeared first on Koimoi.

China protests against US warship sailing near disputed…

All substantive issues on table during Xi visit: MEA