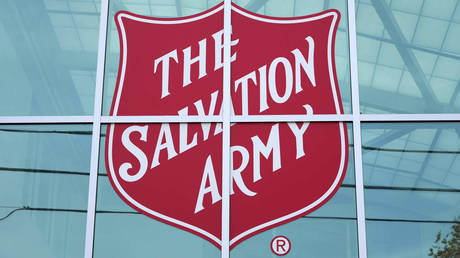 Some donors have been withdrawing their support for the Salvation Army over its switch to woke ideology, saying that a Christian charity shouldn’t promote what they see as “the most serious threat” to their faith.

A number of its supporters are apparently increasingly unhappy with an initiative called “Let’s Talk About Racism,” which Salvation Army CEO General Brian Peddle announced in February. It’s a discussion guide aimed at promoting “courageous conversations about racism” within the organization of 1.7 million. Its authors, heavily influenced by critical race theory (CTR), speak of “detrimental divisions” that they believe were created by racism in all fields of life, including in the Christian Church, and offer members advice on how to tackle inequality through an “anti-racist” perspective.

A petition calling for the Salvation Army to drop the “Let’s Talk About Racism” curriculum has already garnered more than 12,200 signatures from members and donors, according to Newsweek.

Opponents of the curriculum call it a “woke script” and insist the Salvation Army shouldn’t be taught about racism, as it actually began fighting it decades before the civil rights movement even emerged in the US.

“I will not be giving to the Red Kettle campaign” of the Salvation Army, Kenny Xu, author and the head of Color Us United group, which advocates for a race-blind America, said on Twitter on Thursday.

I’m truly gobsmacked that an organization like The Salvation Army, @SalvationArmyUS, whose members are the least racist people across history, has now caved to blaming white people for racism. I will not be giving to the Red Kettle campaign.

In June, he dedicated a whole article on the Daily Signal website to the Salvation Army’s endorsement of the woke ideology, saying the charity should avoid “unhealthily mixing admirable human rights works with politically charged advocacy based in politics.”

Xu, who launched the petition against the “Let’s Talk About Racism” curriculum, has pointed out that CTR “divides people into two camps: the oppressors and the oppressed” and must be abandoned.

Christian radio host Greg Koukl also recently announced that his monthly donations would from now on be sent to another Christian organization instead of the Salvation Army.

“I cannot contribute to an organization that does good but also currently promotes something manifestly evil,” Koukl wrote in an open letter to the Salvation Army, which he published on Facebook earlier this month.

In it, he claimed that CRT “has set us back 50 years.” He said numerous academics had already sounded the alarm over the “aggressive indoctrination and, frankly, bullying of CRT,” its inherent “racial essentialism,” and how it is destroying race relations in America.

Koukl labeled CTR “a Trojan horse taking in well-intentioned Christian enterprises that — because they care about justice and oppose oppression — naively promote the most serious threat to biblical Christianity.”

Others who withdrew their donations called for the Salvation Army to set aside any political agenda and focus on what it does best – helping the poor.

When asked about the rift over the woke curriculum by Newsweek, the Salvation Army’s spokesman, Joseph Cohen, insisted the organization hadn’t changed its ideology in any way.

“Our beliefs have always been rooted in scripture, and they still are. That includes our complete rejection of racism, which is in stark contrast to the biblical principle that we’re all created in the image of God,” he pointed out.

As for “Let’s Talk About Racism,” he said such “voluntary discussion guides certainly are not required, and they never take the place of our Positional Statements. For us, the Truth in scripture is always supreme.”

Raj Tarun is excited about his upcoming film ‘Anubhavinchu Raja’