Johnny Depp & Winona Ryder Seeing Each Other For The First Time After Their Breakup In This TB Video Will Leave You Teary-Eyed! 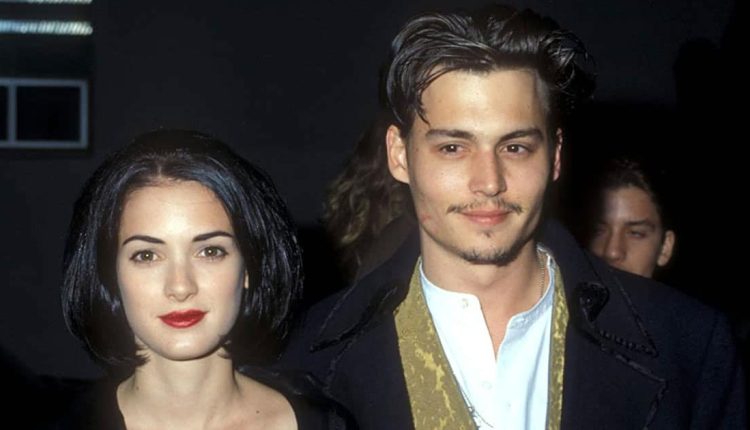 Johnny Depp & Winona Ryder Seeing Each Other For The First Time After Their Breakup In This TB Video Will Leave You Teary-Eyed – Watch! ( Photo Credit – IMDb )

If there’s one couple that we wholeheartedly wish to get back together is – Johnny Depp and Winona Ryder. These two were couple goals back then and their love story was nothing short of magical and would make you believe that true love existed. Today, we bring you a throwback of the time when the couple broke up and how they reacted upon seeing each other after that for the first time will leave you teary-eyed.

Johnny and Winona dated for five months and later got engaged and this news came as a sweet surprise to all their fans.

There’s a video of Johnny Depp and Winona Ryder that is doing the rounds on social media where the stars see each other for the first time after their emotional breakup. The young Johnny and Winona will definitely make you fall in love with them all over again.

‘General Hospital’ Actor Steve Burton Gets Fired For His Anti-Vax Stance
When Chris Evans Made Paul Rudd Dance For Him During Their First Meeting; Surprisingly The Ant-Man Actor Doesn’t “Remember It At All”

A post shared by Memes for the Queens ✨ (@girlygoto)

No, we are not crying. You are!

What we wouldn’t give up to see Winona Ryder and Johnny Depp together? These two shared the love that poets write about.

What are your thoughts on Johnny and Winona’s video? Tell us in the comments below.

For more such throwbacks, stick to Koimoi.

Must Read: Benedict Cumberbatch Feels Men Need To Fix Their Behaviour While Speaking On Toxic Masculinity: “Just Shut Up & Listen”

The post Johnny Depp & Winona Ryder Seeing Each Other For The First Time After Their Breakup In This TB Video Will Leave You Teary-Eyed! appeared first on Koimoi.

School principal among 3 held for consuming liquor in Bihar