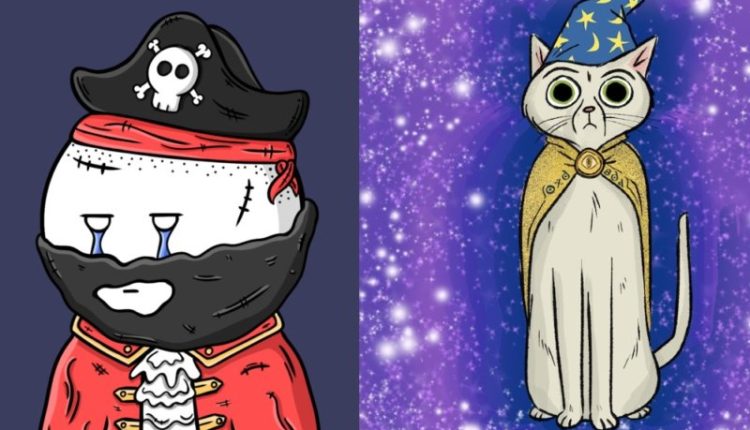 #OnYourMind, UNICEF’s global campaign to promote awareness around mental health in kids got a boost with a partnership that was announced during the ICC Men’s T20 World Cup 2021. It’s a condition that’s a lot more serious than you think, with more than 1 in 7 adolescents between the ages 10 and 19 living with a diagnosed mental disorder globally (Source: UNICEF-SOWC 2021). The ICC-UNICEF partnership aimed to open a dialog, and encourage greater conversation and understanding around mental health and wellbeing.

Tuff Guys NFT is a team that has created a huge buzz in the NFT universe. These guys don’t just dig NFTs and video games but have also strived to create a welcoming environment for those dealing with mental health struggles. Their innovative yet simple plan involves releasing limited merch for Tuff Guys holders that they can use in the Metaverse. They will actively reward the most active members in the community. The next step will involve developing comic strips that feature the Tuff Guys owned by the community to spread awareness. This will then kick off the second generation of Tuff Guys with a roadmap of monthly updates.

It’s part of a wider trend that many experts are calling a ‘decentralised Disney’ where different characters and creative properties are owned by numerous fans instead of one large company. It’s like a Marvel universe of sorts. Vogu is one of the players promoting what they call an immersive, multimedia art and story-telling experience. Just like how comic book adaptations live in the same cinematic universe, Vogu Content will live in a Transmedia Universe or what they call the ‘Vogu Metaverse’. Their NFT collection contains 7,777 unique robot avatars.

Stoner Cats is another popular property that’s riding the blockchain technology wave. This formidable team of Hollywood creatives including Mila Kunis and the creative team that worked on Happy Feet and Toy Story 2 believes there’s a new way for fans to engage directly with the content they want to watch as well as be part of the creation process. You can only watch Stoner Cats if you own a Stoner Cats TOKEn, and this collectable NFT gives you access to the club that works like your admission to the show.

Mental health is defined as a state of wellbeing in which every individual realises his or her own potential, can cope with the normal stresses of life, can work productively and fruitfully, and is able to contribute to their community. However, with Covid-19 forcing people to stay at home and follow physical distancing measures, mental health issues have only been exacerbated as coping mechanisms were broken down. This is why this initiative by Tuff Guys is significant. Aside from their weekly seminars and contributions to charities supporting mental health, it’s the prospect of new stories that could emerge, as 10,000 tough guys get set to enter the metaverse and keep the relevant conversations going.

The post Here’s What Some NFTs On Metaverse Are Doing To Raise Mental Health Awareness appeared first on Man’s World India.

Suicide bomber killed in blast near Jeddah’s US…