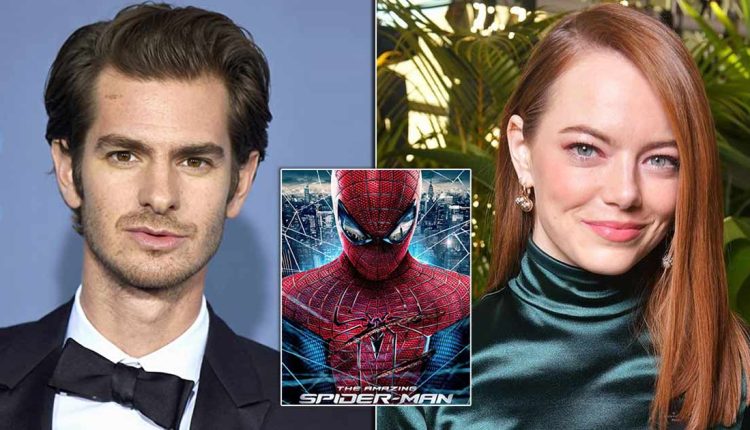 Andrew Garfield is making the limelight a lot recently as the actor just appeared in a Lin-Manuel Miranda directorial musical, Tick, Tick… Boom!, which is available on Netflix. The actor has been going around promoting the new film while at the same time dodging the rumours of him and Tobey Maguire reprising his role as Spider-Man in the upcoming film Spider-Man: No Way Home, alongside Tom Holland.

The actor took up the role of the spidey superhero for the first time in 2012’s The Amazing Spider-Man. It also featured Emma Stone, and the two shared an amazing on-screen and off-screen chemistry. Now, as per one report, Stone had no idea that Garfield has a British accent, much like a lot of his fans.

Back in 2013, Emma Stone talked to ShortList magazine and revealed that despite spending months working together, she had no idea that Andrew Garfield has a British accent and got a huge surprise when the filming was over. “Once the movie was over, I was surprised to hear his completely British accent, because on set, obviously, we were speaking in American accents, so in between takes he was pretty American,” she said.

Andrew Garfield Couldn’t Hold Back His Tears After Getting A Surprise From The Cast His Favourite Show ‘Cobra Kai’
Zachary Levi Reveals Auditioning For Marvel’s Star-Lord Which Helped Him Bag DCEU’s Shazam, “I Wanted That Role So Bad”

Emma Stone further revealed that she even hit off with Andrew Garfield well back then. The two also dated for nearly five years and called it quits when The Amazing Spider-Man 2 hit the theatres. “I had such a great time at the audition with him and felt like I trusted him and respected him and liked him as an actor,” the La La Land actress said.

Though Andrew never got his third time as Spider-Man, Marvel fans speculate that he will return along with Tobey Maguire in the upcoming film. However, the actor has denied that he is in the Tom Holland film.

Fans will just have to wait to find out whether Maguire and Andrew Garfield are in Spider-Man: No Way Home. The movie is set to be released in December and stars Zendaya, Tom Holland, Willem Dafoe, Alfred Molina, Jamie Foxx, Jacob Batalon and more.

Must Read: Priyanka Chopra Marriage: “Nick Jonas Is ‘Losing Interest’; Separation May Be On The Cards,” Predicts Astrologer

The post Emma Stone Reveals Getting Stunned By Andrew Garfield’s British Accent When The Shoot Of ‘The Amazing Spider-Man’ Was Over appeared first on Koimoi.

‘Bengaluru FC wants to play in new top league after…