Chhorii Movie Review: Nushrratt Bharuccha Evolves As An Actor In The Remake Of The Layered Horror Film 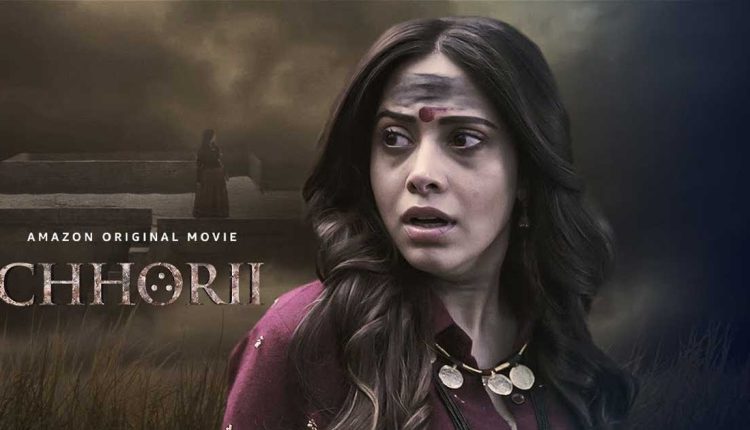 What’s Good: Furia’s horror instincts that are better than many of his contemporaries. Nushrratt trying to experiment more and also making them work.

What’s Bad: That the remake doesn’t have its own soul, it’s borrowed from the original and the ones who have already seen it will be busy finding something new.

Loo Break: if you have seen the original you might not feel like you missed anything, but if you haven’t, wait.

Watch or Not?: watch it for the acting performance of the two ladies, Nushrratt and Mita. They are in the frame most of the time and do a good job.

A couple (Sakshi & Hemant) are put into unthought-of circumstances due to the husband’s unpaid debts, leaving them with no option but to go underground for a few days. They choose their driver’s village which has only 5 houses as per him and 2 belong to the driver. After spending a day in the house arrested by the dense sugarcane crops, Sakshi realises all isn’t as plain as it looks and begins the game of ‘Lapachhapi’.

Chhorii is an official remake of 2016’s critically acclaimed Marathi film Lapachhapi, also written and directed by Vishal Furia. It is the day of remakes and I am the one put to test. Here’s my Drushyam 2 Movie Review I did today. Coming back to Chhorii, the ones who have seen the original know what the drill is, for the ones who haven’t, Vishal Furia has packed a good surprise for you.

On the surface level, Chhorii is a horror-survival drama with a pregnant woman at the centre of it. But if you scratch and try to go deeper, the movie is about the horrors of our society that are scarier than the ghost we see on the screen. It is a scary tale about a nameless town that looks at a newborn girl child as an ill omen and sacrifice them for prosperity. The messaging of the remake stays true to its original and doesn’t change the essence.

Nushrratt during promotions told me how some messages need to be given by mixing them in entertainment and chills. Vishal Furia does just that. The story is not in Maharashtra now, so he does the iterations to set it in the new geographical location. The setup doesn’t change though. The house is spookier, because the original is 5 years old and the filmmaker did try to incorporate things he couldn’t in first.

Of course, he changes few plot points and shuffles some twists, but what cannot be ignored is the fact that it is yet another remake of a very successful movie without a anything new than the original. In a day and age where subtitles are being accepted, we are definitely moving forward from the time we needed remakes to make audience aware.

What also bothers me is the age dynamics of the film. How is Bhanno’s elder son elder enough to kill people but her other three sons are less than 10 years? And if that is the case, why isn’t he ageing at all?

Nushrratt Bharuccha has been making some experimental choices and it is fun to see her explore more. In Chhorii she becomes a woman who is stuck in a situation and her unborn child is at stake. She strives hard to save it and stumbles upon the darkest secret. Nushrratt is almost in each frame of the movie and she does manage to give us the thrills and chills when she is afraid and helpless.

Mita Vashisht gets the second most important character in the film. Her character see a complete 180 degree transformation and changes shades completely. The actor shows her calibre and range.

Vishal Furia tries to take up the scale of his story. He makes the surrounding more gripping and scary. He tries to pack a maximum punch by the end, in the process the first hour seems like it isn’t used to its full capacity. But once he begins his game, there is no looking back, at least for the first time viewers.

Background score by Ketan Sodha is spooky and appropriate for the movie. It does add on the chills, thumbs up. The best decision is to keep the film songless for the major part.

Production design is also to be appreciated because it is a very limited space and creating visually appealing and scaring sets is a talent.

It is a remake and I won’t change my stance about scene by scene copied films. But what stands out in Chhorii is Nushrratt Bharuccha’s acting performance and Vishal Furia’s attempt at bettering his content.

The post Chhorii Movie Review: Nushrratt Bharuccha Evolves As An Actor In The Remake Of The Layered Horror Film appeared first on Koimoi.

The unanswered questions one year after Maradona’s death

SC collegium approves proposal for elevation of 16 names as…