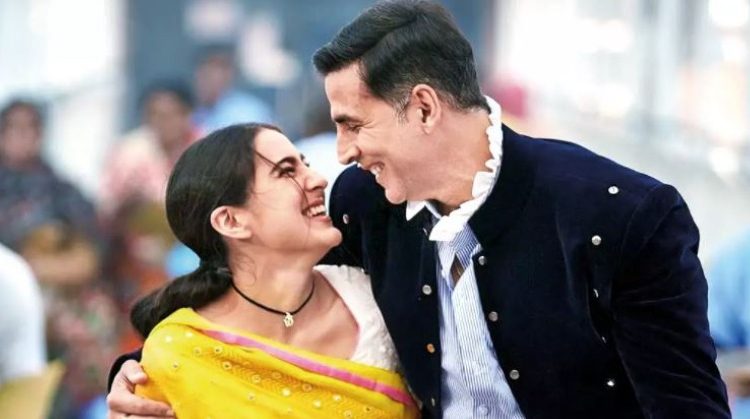 The much awaited trailer of Sara Ali Khan, Dhanush and Akshay Kumar starrer Atrangi Re released and immediately drew some mixed responses. The trailer shows Akshay being Sara’s love interest, which is okay, but the audience is now getting tired of the ‘older man dating younger woman’ narrative in Bollywood movies.

While Dhanush is over 12 years older than Sara, Akshay Kumar is around 28 years older than her. Now one can argue that in the world of art and cinema, age is nothing, which is fine, but the viewers are probably irked with B-town directors not opting for actors who are age appropriate.

Addressing this issue and the flak that the director Anand L Rai has been receiving for this, he spoke about how people are super judgemental. “Atrangi means funnily weird. If a filmmaker shows patience in making a film, it’s his small expectation that people wait and understand the reason behind such a cast. We have a habit of judging people. I want people to watch the film for two hours and react to it thereafter. I am not worried as a filmmaker. I am not here to make formulaic films. If I go wrong, I can be critiqued. People who make cinema learn with every effort. With every success, I learn what’s right. With every failure, I learn what went wrong”.

Well this isn’t the first time when a lead actor is going to romance a lady who is almost half his age, but that’s Bollywood for you.

People Find Varun’s ‘Bhediya’ First Look Menacing But Is It Copied From A Tamil Film?

Squid Game: Man Sentenced To Death In North Korea For Smuggling Copies Of Netflix Show In The Country

Shahrukh Khan can aspire to be like Hardik Pandya: Styris