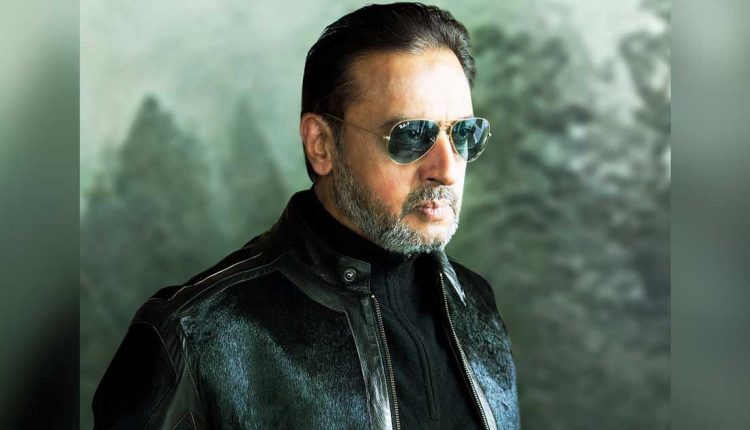 Gulshan Grover Reveals Getting Thrown Out Of Films Saying He Wasn’t “Confident Enough To Portray A Villain” – Deets Inside (Pic Credit: Instagram/gulshangrover)

What sets Gulshan Grover apart as a classic Bollywood villain is his fluidity in his approach to his craft and his ability to hold the character’s nerve.

While he might have mastered the art of portraying dreadful villains, the actor has also played some characters in films across the globe that have varying shades.

As his recently released madcap comedy ‘Cash’ continues to garner audience attention, Gulshan Grover spoke with IANS about his association with the project and how he designs and pitches his characters of bad guys to streamline them with the taste of the Indian audience.

Sanjay Khan Fails To Recognise Preity Zinta On A Dubai Flight, Shares An Apology On Twitter: “As A Gentleman I Thought…”

Did You Know? Kartik Aaryan Had To Give 37 Retakes For A Kissing Scene Because “He Didn’t Know The Right Way”

Sharing how he became a part of the project, the veteran actor said that he was directly approached by the film’s producer and director. Gulshan Grover said, “Vishesh Bhatt, the producer of the film and Rishabh Seth, the director of the film, approached me. Of course, I’ve known Vishesh literally from the day he was born because I worked with his great father, Mukesh Bhatt sahab, and Vishesh’s uncle, Mahesh Bhatt sahab on multiple films.”

“But this film, he (Vishesh) was making independently. So, when the producer and the director came over and narrated the script and my role to me, I said yes, for my part. And I said, yes because of one learning that I’ve had from Mahesh Bhatt sahab. Way back, he told me, ‘If you want to shine as a talent forever, don’t ignore the young person’. That young person will find something different in your acting. That young person will find something interesting in your talent, in your aptitude, that young talent will make you shine with his younger energy and your experience,” he adds.

Cinema’s greatest villains have always had a trait that connected with the audience at large. Talking about the same, the actor says, “A distinct trait, or an ‘ada’, makes the character popular and makes a star out of an actor, be it for a protagonist or an antagonist. Unfortunately in realistic films, those possibilities (the trademark of an actor) are not there. Also, the writers and directors have a little aversion to that, which is good, in the sense that you don’t have to create an unnecessary characteristic or character trait. It is important only in certain kinds of films.”

While the audience may have a certain perception about Bollywood’s most famous ‘Bad Man’, the truth of the matter is that the actor has been a brilliant student with stupendous academic credentials and has always been a man of humility.

Ask him what he feels when he sees the artiste inside him has raced light years ahead of the person in him, Gulshan Grover says, “What people have not seen is that I’m a regular guy. Some of the things that I had to play in the character of a bad guy, I didn’t even have those emotions or those experiences or those things. But as an actor, I had to do them.”

Those who have seen monumental success, are defined by the failures that they have faced. Talking about his struggle and tryst with failures, the actor says, “The initial five, seven years were very tough. When people met me somewhere, they would not cast me saying ‘Ye kya villain ka role karega, paanch baar toh kursi se khada ho chuka hai (how would this guy play a villain when he has got up from his chair 5 times out of respect, how would he play a villain convincingly)’.”

“They would throw me out of the film saying I’m not confident enough to portray a villain. I had to work on it and realised that what we are looking for is an external trait with a certain kind of aura. Eventually, once the cameras rolled, all that was there. So that’s what acting is. That’s what I did. That’s what I enjoy,” Gulshan Grover concludes.

Must Read: Jersey Trailer Reviewed By Shahid Kapoor Fans, Say “Our Kabir Singh Is Back!”

The post Gulshan Grover Reveals Getting Thrown Out Of Films Saying He Wasn’t “Confident Enough To Portray A Villain” appeared first on Koimoi.

Superstar Rajinikanth Calls Kamal Haasan To Enquire About His Health?

When FKA Twigs got mugged