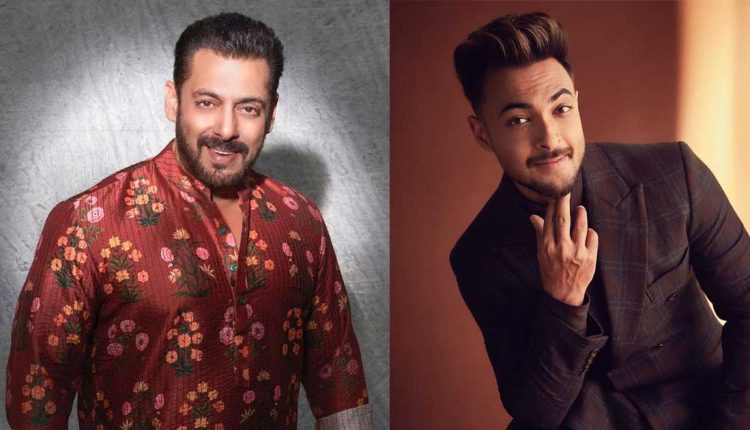 Actor Aayush Sharma is becoming a talented actor and a rising star in the Bollywood industry. The actor started his journey with Loveyatri which was an Abhiraj Minawala directorial. Recently the actor opened up about how bad his brother-in-law Salman Khan is in giving relationship advice.

Let’s check out what the actor has to say about The Tiger of Bollywood.

While talking with Bollywood Bubble, Aayush Sharma was asked “who’s the most likely to give the worst relationship advice?” To this Aayush replied by saying “Salman bhai.” When he was asked if Salman Khan ever gave him advice he replied by saying, “Ya ya. That’s why I know who is worst.”

Sanjay Khan Fails To Recognise Preity Zinta On A Dubai Flight, Shares An Apology On Twitter: “As A Gentleman I Thought…”

Did You Know? Kartik Aaryan Had To Give 37 Retakes For A Kissing Scene Because “He Didn’t Know The Right Way”

Aayush Sharma had married Salman Khan’s sister Arpita Khan in 2014. The couple are blessed with two children, a boy and a girl named Ahil Sharma and Ayat Sharma.

Aayush started his acting career with Loveyatri, which had Salman Khan as its producer. The movie revolves around the story of Sushrut who is a Garba teacher and runs his Graba academy and ends up falling in love with an NRI girl Michelle when she arrives in his home town during a festival. The movie also stars Warina Hussain in the lead role along with Ram Kapoor, Ronit Roy, and many more as supporting roles.

Aayush Sharma will be next seen in Antim: The Final Truth where the actor will be seen next to Salman Khan. This marks his first-ever onscreen collaboration with the Dabangg actor. The story shows Aayush playing a negative role of a gangster whereas Salman will be playing the role of a police officer “Rajveer Singh”. Produced by Salman under his banner, the movie also stars Mahima Makwana, Sachin Khedekar, and many more in the movie.

The movie is all set to come on the big screen on November 26th.

Must Read: Prabhas’ Fees Breaches The 100 Crore Mark Making Him The Next Century Holder After Salman Khan, Akshay Kumar?

The post Aayush Sharma Calls Salman Khan The ‘Worst’ In Giving Relationship Advice, Reveals Getting One From Him! appeared first on Koimoi.

‘Being Indian’ Fame Sahil Khattar Recalls His Struggling Days, “There Was A Time When I Had No Work At Hand”

Woman bites off part of Louisiana officer’s ear in bar…

Babysitter in trouble toddler is injured