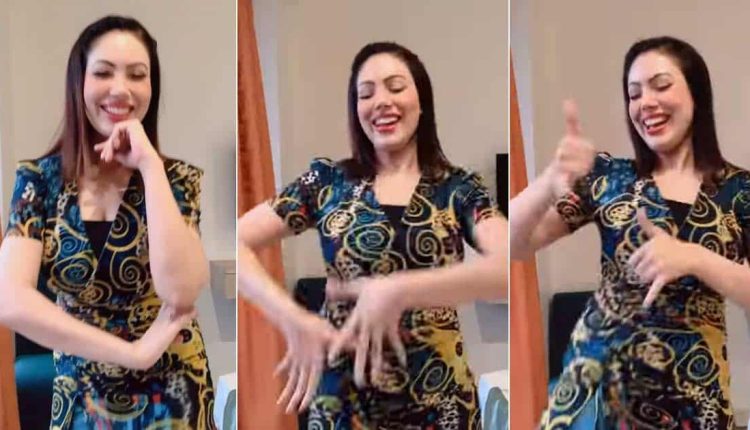 Munmun Dutta is wildly popular for her role as Babita Iyer in the famous comedy sitcom, Taarak Mehta Ka Ooltah Chashmah. Munmun also stays quite active on social media sharing moments from her life with her fans. The actress recently posted a reel on social media as she was trying to become a part of the trend. Check it out below.

The actress has continued her role in the sitcom and is present as one of the main cast since the beginning of the show.

Now coming back to the topic, recently Munmun Dutta shared a reel on her Instagram account where she was seen dancing to the song Lazy Lad. It is noted that the actress was mimicking a really cute dance routine on the same song which went viral on social media.

Rubina Dilaik’s Honest Message For Her Pseudo Fans: “You’re Threatening To Leave Fandoms Because I’m Fat Now… You Too Are A Phase…”
Bigg Boss 15: Devoleena Bhattacharjee On Her Wildcard Entry, Pratik Sehajpal Winning The Show & More!

The said viral routine that Munmun Dutta seemed to be doing was uploaded on November 2nd by an Instagram user called Rona Manger. The said reel showed her (Rona) dancing with her friend in a scenic, hilly spot.

Coming back to the post, Munmun did credit the girls for doing such a beautiful choreography on the song. She said, “Tried learning this cute dance sequence. Hats off to the choreographer for these cute movements.” The actress also said, “As usual I am always late in trends. I guess I am just really ‘LAZY’,” following a smiley tongue emoji.

Meanwhile, the actress had recently purchased a house during the festival of Diwali. The actress had taken it to her Instagram account sharing beautiful images of her new house.

Munmun Dutta had captioned the post by saying, “New Home New Beginnings…Thus a late Diwali post…Moved into my new home, in the middle of hectic shoot schedule, fell super ill, recovered.. but absolutely thrilled to start a new journey in my new home. It’s been a dream come true. Took a much needed break from social media, spent quality time with Maa and my closest people , spent a quiet Diwali with them in my own way.. Starting from ground zero without any help to reaching wherever I am today, I am super proud of myself. My hardwork and sincerity paid off and I am blessed. Hope you all had a great Diwali.”

Airtel hikes prepaid tariff by up to 25 per cent

Sonia Rathee Opens Up On Sharing Screen Space With R Madhavan In web series ‘Decoupled’: “So Much To Learn From Him…”