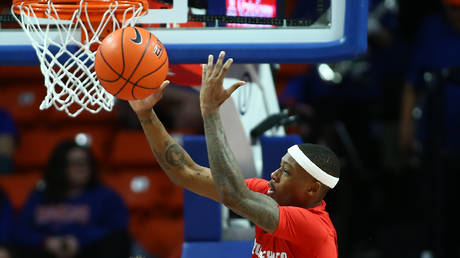 A man has reportedly been charged with attempted murder after being arrested for an alleged vicious attack outside a nightclub that has left a basketball star on a ventilator and injured his girlfriend and a teammate.

Local police in Nicosia told KNews that a 46-year-old male was detained for his alleged part in the fracas, which is said to have occurred in the early hours of Sunday morning.

Along with two others – who have been identified as his girlfriend and AEL teammate Brandon Averette – Corey Manigault, 23, was badly injured in the attack.

Manigault and another victim of the same age reportedly remain in hospital in a critical condition, with the athlete said to have suffered a brain hemorrhage and hematoma.

In a statement, AEL said that their team had been shocked by the incident while confirming that their player was in a critical condition but out of immediate more serious danger.

“He remains intubated and under sedation at the ICU of the Nicosia general hospital,” the team said.

“Doctors hope it will all turn out positively but it is still too early for safe conclusions.

“We are not yet able to know how long this effort will take and if any damage has been caused.”

Please join the Kenner League Family in praying for our guy Corey Manigault @gbwop1 . Rest up, heal up, recover.

No motive has been established for the attack that occurred outside a business establishment, but security camera footage is said to have helped police identify the accused alongside two more people they wish to speak to who are still at large.

The arrested suspect will appear before a judge this week for a remand hearing.

Officials said that while charges of attempted murder, conspiracy to commit a felony and aggravated assault have been made, additional charges or suspects being identified in the case have not ruled out.

Blessed to be able to start my Professional career in Cyprus for AEL Limassol 🔋✅ #1111 #Pro. pic.twitter.com/DDUjLnXfNn

A native of Suitland, Maryland, Manigault played for the Pittsburgh Panthers and the New Mexico Lobos in college.

Local reports in Cyprus say that his mother has made plans to fly on Tuesday to the Mediterranean island, where he moved to from Balkan Botevgrad in Bulgaria.

When he signed in July, Averette said he was “blessed” to join his first professional club, who are currently sixth in their local division.

Sushma assures action in ‘gangrape’ of US…