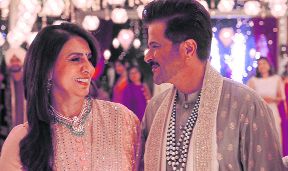 The release date for Jug Jugg Jeeyo, starring Varun Dhawan, Kiara Advani, Anil Kapoor, Neetu Kapoor and Prajakta Kohli, has now been announced. The film is reportedly set to release on June 24, 2022. The star cast along with filmmaker Karan Johar took to their social media handles to announce the date and also shared new stills from the film.

The makers even released a motion poster of the film, captioning it as, “Family is everything Issilye #Jug Jugg Jeeyo! Coming to take over the cinemas near you on June 24, 2022.” The film is helmed by Raj Mehta and marks the comeback of Neetu Kapoor, after the demise of her husband Rishi Kapoor.