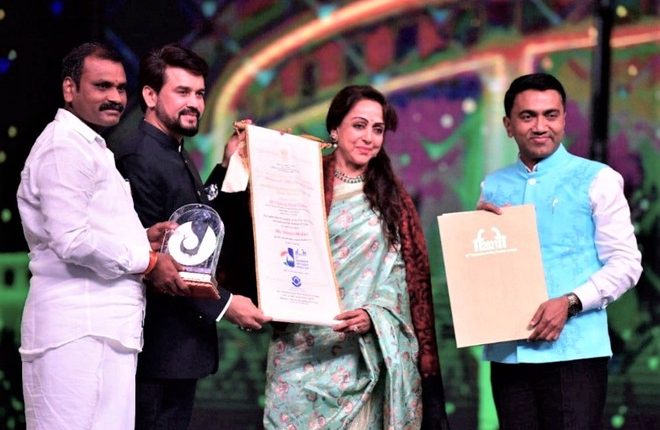 Hema Malini was honoured with the Indian Film Personality of the Year 2021 Award at the 52nd edition of the International Film Festival of India (IFFI), currently being held in Goa. Hollywood legend Martin Scorsese and Hungarian director Istvan Szabo were given the Satyajit Ray Lifetime Achievement Award, while lyricist Prasoon Joshi was honoured with the Indian Personality of the Year award. After receiving the award, Hema Malini said, “It’s a fruit of my labour over the years. As an MP also, I do my best for the people of Mathura.”

Meanwhile, many celebrities, including Ranveer Singh, Salman Khan and others, performed at the opening ceremony of the festival on Saturday (November 20). As many as 624 entries were received from 96 countries. From India, 44 movies in 18 languages will be showcased during the festival. Major OTT platforms, including Netflix, as well as Amazon Prime Video, among others, have also participated in the film festival.

China resorting to confrontation along LAC to punish India…