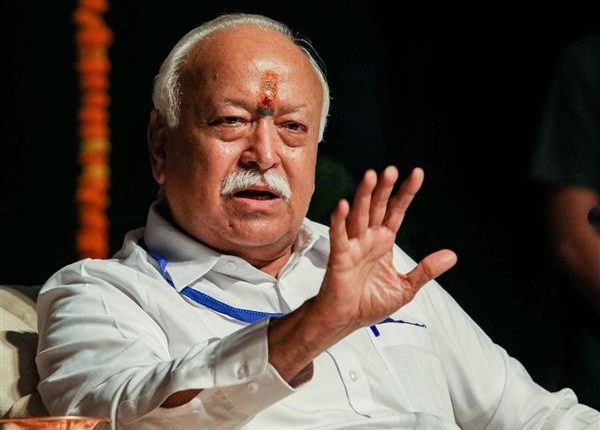 The owner of an advertising agency has been booked here for allegedly using pictures of RSS chief Mohan Bhagwat in its hoardings, police said on Monday.

According to Station House Officer (SHO) Brijender Kumar Rawat, a case against the agency’s owner, Satay Parkash Reshu, was registered on Sunday under section 505(1) of the Indian Penal Code (IPC) on a complaint by district Rashtriya Swayamsevak Sangh (RSS) chief Surender Singh.

According to an FIR lodged with the police after Singh’s complaint, it was alleged that the agency’s owner had been using pictures of Bhagwat in its hoardings for advertisement.

The complainant had asked him to remove the pictures from its hoardings but he failed to do so, they said.

An investigation into the case is underway, police said. PTI

Kenya Moore Will Make Your Day With This Clip For Brooklyn…