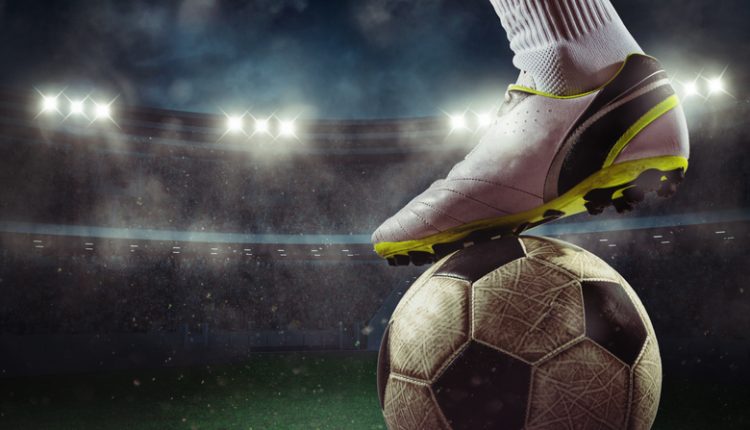 The eight stadiums — all within a 30-mile radius of Doha — are now largely complete. The 2022 World Cup has been preserved after fending off hostility from neighbors, corruption investigations and concerns about worker abuses.

And a clock on the Corniche waterfront in the Qatari capital was unveiled on Sunday to count down one year until kickoff.

Expect another 12 months of pressure from rights groups — fuelled by player protests — and indignation from some World Cup organisers.

“Qatar has been unfairly treated and scrutinised for a number of years,” organising committee CEO Nasser Al Khater said Saturday.

That scrutiny, though, has produced improvements to labour laws under the weight of criticism of working conditions since a reported $200 billion of upgrades to the country’s infrastructure began after the FIFA vote in December 2010.

“You take it into context of the region,” Al Khater told reporters, “I think Qatar is a trailblazer right now with all the reform that it’s done, whether it’s on worker standards, accommodation standards, the introduction of minimum wage.”

In some cases it was the World Cup organising committee introducing changes before the country as a whole, but the enforcement of laws and conditions facing workers — particularly in the fierce summer heat — remains a source of concern for groups.

Qatar has not provided full details and data on the deaths of the migrant workers, particularly from South Asia, who are relied on to build the infrastructure across the country. Amnesty International has highlighted the need for deeper investigations into the cause of deaths, the lack of a right to form unions and the need for all companies to comply with newer laws saying workers should be allowed to leave jobs without permission of the employer.

“There’s work that needs to be done. There is, however, a lot of progress but unfortunately that has not been captured in reports such as Amnesty, Human Rights Watch.”

Twelve countries, as well as Qatar as host, have so far secured qualification for the 32-team event. Denmark has said its training kit in Qatar will feature critical human rights messages, ensuring the tournament will feature player activism.

The building work is starting to wind down.

“All eight stadiums for the World Cup are complete,” Al Khater said.

Seven venues are now ready to stage matches, with Stadium 974 built using that number of shipping containers to be inaugurated later this month at the FIFA Arab Cup that is serving as a test event for the World Cup.

A 40-minute drive north takes fans to the 80,000-capacity Losail Stadium that will stage the final on Dec. 18, 2022 but is not ready for games. Nearby is also the Losail International Circuit where Formula One defending world champion Lewis Hamilton said ahead of Sunday’s inaugural Qatar Grand Prix that the country still has a “long way to go” on ensuring equality.

Hamilton is wearing a rainbow-colored helmet in Qatar to draw attention to the anti-LGBTQ+ laws that World Cup organizers effectively suggest won’t be enforced during the tournament.

“Everybody is welcome to come to Qatar and have an enjoyable time at the World Cup,” Al Khater said.

“They can come and enjoy their time here without fear of any sort of repercussions, it makes no difference to people’s (sexual) orientation, religion, creed, race whatsoever.”

Al Khater said any couple could share a hotel room.

“I don’t know if this is a misconception,” he said.

“I don’t know where you know, where you get this from. I mean, anybody is free to stay in a hotel, whether with their friend, with their partner.”

The challenge for supporters could still be affording the trip. Even though it’s a World Cup requiring no flights between games, demand for accommodation could be stretched in the tiny Gulf nation. What helps fans is being able to stay in neighboring countries, including the United Arab Emirates, after they lifted an economic, diplomatic and travel boycott of Qatar this year that had been running since 2017.

Fans will be traveling months later than usual for the World Cup. Opening on Nov. 21, 2022, with the final on Dec. 18, remains contentious as the major European leagues finalize the starting dates for a season so significantly disrupted for the first time by the World Cup.

Qatar bid for the World Cup under FIFA’s terms for the usual June-July slot, with the schedule change only decided after the vote. The now largely discredited committee of FIFA executives that voted by a majority for Qatar overlooked concerns about the heat.

That vote has remained under the cloud of corruption.

A FIFA-commissioned probe highlighted the unease of investigators looking into Qatar’s methods to win the vote but concluded there was no “evidence of any improper activity by the bid team.” American attorney Michael Garcia did, however, find that some of Qatar’s conduct “may not have met the standards” required by FIFA.

“All of these investigations have shown us that Qatar has been vindicated of all the allegations made against it,” Al Khater said when asked about the claims that emerged in the U.S. District Court in Brooklyn.

“So whatever you’re referring to, I deny categorically.” — AP

Tiger Woods posts short video of him swinging a wedge