John Abraham Says Satyameva Jayate 2 Has Created Its Own Avengers Series: “We’ve Created Our Own Hulk…” 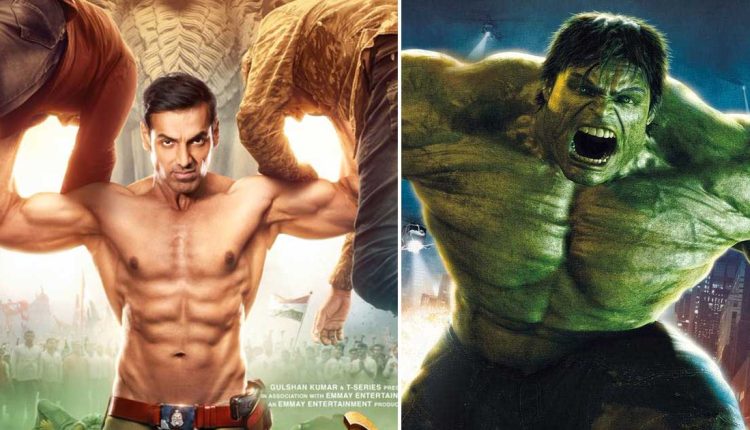 John Abraham is all geared up for his next action saga, Satyameva Jayate 2. The film directed by Milap Zaveri stars Divya Khosla Kumar as the leading lady. It is set to release this week and the buzz is sky-high. The actor in the latest statement has compared his characters to the Avengers created by Marvel Studios. Scroll below for all the details!

Marvel Studios is famous for its superhero universe. From Iron Man to Hulk, Captain America, Black Widow – all of their heroes are world famous and a brand in themselves. Many in Bollywood are now trying to create their universes as well. For example, Rohit Shetty is going strong with his cop universe including Simmba (Ranveer Singh), Singham (Ajay Devgn) and Sooryavanshi (Akshay Kumar).

John Abraham was recently reacting to the comments on his trailer of Satyameva Jayate 2. Fans were impressed and one of them even wrote, “Marvel Studios after seeing this trailer (said) ‘let’s replace Hulk with John.”

Salman Khan Has Filed Another Legal Case Against Kamaal R Khan; “He Loves Me & Miss Me 24*7,” Reacts KRK

As most know, John is portraying not 1 or 2 but 3 characters in SJ2. Check out the viral video ft him below:

Meanwhile, we saw John Abraham and Divya Khosla Kumar promoting their film across the city in the past few days. The duo even reached the sets of Bigg Boss 15.

Host Salman Khan was seen enjoying as he made John Abraham mark his entry thrice, given he has 3 roles in Satyameva Jayate 2. The film will witness a box office clash with the superstar’s Antim.

The post John Abraham Says Satyameva Jayate 2 Has Created Its Own Avengers Series: “We’ve Created Our Own Hulk…” appeared first on Koimoi.

One killed in US nightclub shooting

SpaceX will destroy a Falcon 9 launch vehicle to test Crew…