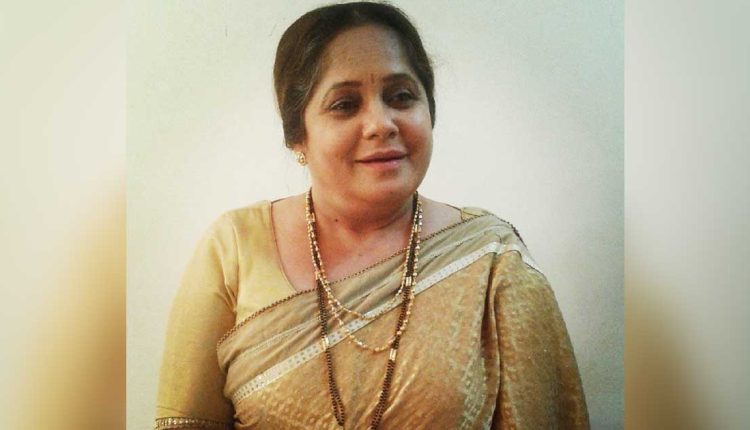 Another star from the entertainment industry has left us as the heartbreaking news about veteran actress Madhavi Gogate has come in. She recently rose to fame with her character in Rupali Ganguly’s Anupamaa.

Madhavi used to play Rupali‘s mother in the show. Reportedly, a few days back, the actress was detected with COVID-19. She was in the hospital, but unfortunately, there was no improvement in her health. After battling for life, she passed away yesterday afternoon in Mumbai’s Seven Hills hospital. She was 58 years old.

As soon as the news broke in, several co-stars paid tribute to Madhavi Gogate. Rupali Ganguly took to her Instagram story and shared Madhavi’s picture along with her. She wrote, “So much left unsaid. Sadgati Madhaviji.”

“Madhavi Gogate my dear friend nooooo. I can’t get down to believing that you have left us. Heartbroken @gogatemadhavi you were too young to go.Damn Covid…P.S: I wish I had picked up that damn phone and spoken to you when you did not reply to my msg. All I can do is regret now,” actress Nilu Kohli wrote in an Instagram post.

Apart from Anupamaa, Madhavi Gogate was also known for her roles in shows like Koi Apna Sa and Kahin Toh Hoga. In the Marathi film industry too, she was known for her amazing work in Ghanchakkar starring Ashok Saraf. She has also been part of a record-breaking Marathi play, Gela Madhav Kunikade. She played Prashant Damle’s wife in it. She was recently seen in the Marathi show, Tuza Maza Jamtay.

Stay tuned to Koimoi for more updates from the television industry.

Must Read: Salman Khan Has Filed Another Legal Case Against Kamaal R Khan; “He Loves Me & Miss Me 24*7,” Reacts KRK

John Abraham Says Satyameva Jayate 2 Has Created Its Own Avengers Series: “We’ve Created Our Own Hulk…”

Kareena to star with Aamir in ‘Forrest Gump’…