TDP chief Chandrababu Naidu breaks down, vows to stay away from Assembly 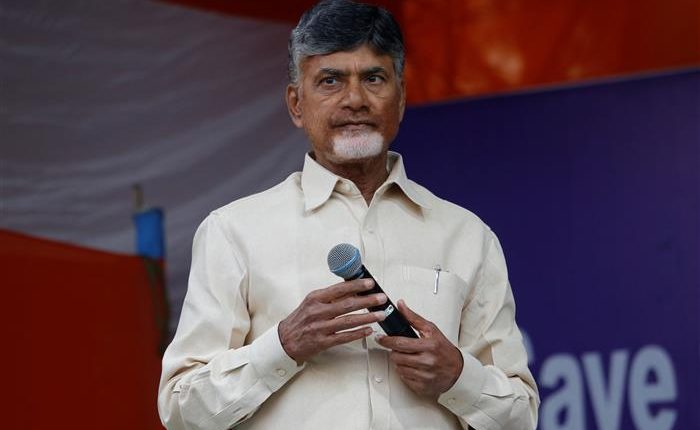 A sobbing Telugu Desam president N Chandrababu Naidu on Friday vowed to step into the Andhra Pradesh Legislative Assembly again only after returning to power.

“Till then, we will go to the people and sort it out,” he told a press conference at the TDP headquarters here.

The former Chief Minister, who hitherto had rarely shown any emotions overtly, broke down in the press conference and cried for a while, alleging that the ruling YSR Congress had been humiliating him no end.

“This is a dharma poratam (just battle) against the atrocious rule of the YSRC. I will go to the people and seek their support. If people co-operate, I will strive to save the state,” the TDP chief said.

Earlier in the state Legislative Assembly, the Leader of the Opposition said in an emotion-filled tone that the Jagan Mohan Reddy-led party had been continuously casting a slur on him for the past two-and-a-half years.

“I have been bearing the insults for the sake of people, but remained calm. Today they have targeted even my wife. I always lived with honour and for honour. I can take it no more,” Chandrababu said.

Though he continued to speak, Speaker Tammineni Seetaram cut the mike even as the ruling party members called Chandrababu’s remarks a “drama”.

The former Chief Minister vent his frustration following an acrimonious exchange of words between the two sides in the House during a short discussion on the farm sector.

Later, he held an impromptu meeting with his party legislators in his chamber, where he reportedly broke down.

Stunned TDP legislators consoled Chandrababu, after which they all came back into the House.

Chandrababu then announced his decision, but that did not go on record, even as he left in a huff.

Chief Minister Y S Jagan Mohan Reddy, who later came into the House, said the Opposition leader’s behaviour and words were nothing but a drama.

“Chandrababu only seeks to derive political mileage out of everything. It is very unfortunate. His drama was visible to all eyes, though I was not inside the House at the time,” Jagan observed.

“Yes, Chandrababu Naidu’s condition, and that he is in frustration, is known not only to me, but also to everyone in the state. People of the state have openly rejected him. Even in his own Kuppam constituency, he, unimaginably, faced people’s rejection,” the Chief Minister remarked.

He said the YSRC legislators did not speak anything about the (Opposition leader’s) family members.

“It was Chandrababu himself who spoke about my family members (slain uncle, mother and sister) and there was no reference to his family from our side. The House records clearly prove that,” Jagan added.

But Chandrababu himself over-reacted and became emotional. “Not only that, he went on to take a vow. We all have seen that. But ultimately, God will be observing all this from above,” the Chief Minister said. PTI