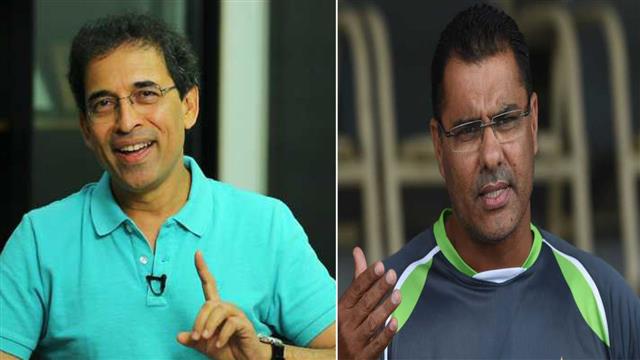 Former Pakistan pacer Waqar Younis on Wednesday apologised for his comment that Mohammad Rizwan offering Namaz during India vs Pakistan T20 World Cup 2021 clash ‘in front of Hindus was special’.

The former Pakistan pacer tendered an apology through his official Twitter account and said: “In the heat of the moment, I said something which I did not mean which has hurt the sentiments of many. I apologise for this, this was not intended at all, a genuine mistake.”

Younis had sparked a controversy on Tuesday when he, on a Pakistani news channel, said that watching Pakistani opener Mohammad Rizwan offering namaz “in front of Hindus was very special to him”.

Harsha Bhogle called Waqar Younis’s statement “dangerous” and said that the cricket world needed to be united and not divided by religion.

For a person of Waqar Younis’ stature to say that watching Rizwan offering namaz in front of Hindus was very special to him, is one of the most disappointing things I have heard. A lot of us try hard to play such things down and talk up sport and to hear this is terrible.

Alec Baldwin thinks his ‘career could be over’ following…

Adele would cry if she ever got to meet Dwayne Johnson

Centre warns employees of action if their transfer requests forwarded from ministers, MPs

Mumbai Test: Tough to bounce back after being bowled out for 60-odd, says Rachin Ravindra