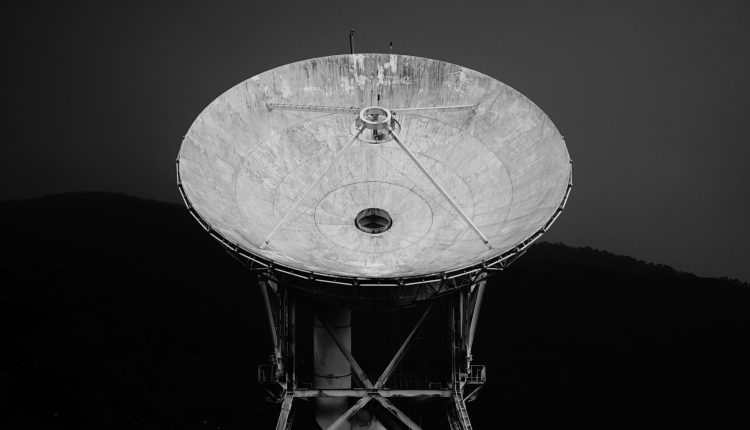 In December 2020, the media reported an intriguing signal that members of the Breakthrough Listen project found in their radio telescope data.
Dubbed BLC1, the signal didn’t appear to be the result of any recognisable astrophysical activity or any familiar Earth-based interference.
An exhaustive set of tests later, members of the project have said that the signal was most likely radio interference from a source on Earth.

In December last year, the media reported an intriguing signal that we at the Breakthrough Listen project found in our radio telescope data. Dubbed BLC1, the signal didn’t appear to be the result of any recognisable astrophysical activity or any familiar Earth-based interference.

The trouble was, we weren’t ready to discuss it. When you’re searching for signs of extraterrestrial life, you want to be very careful about getting it right before you make any announcements. Last year we had only just started secondary verification tests, and there were too many unanswered questions.

Today we are ready to report that BLC1 is, sadly, not a signal from intelligent life beyond Earth. Rather, it is radio interference that closely mimics the type of signal we’ve been looking for. Our results are reported in two papers.

The story of BLC1 starts in April 2019, when Andrew Zic, who at the time was a PhD student at the University of Sydney, began observing the nearby star Proxima Centauri with multiple telescopes to search for flare activity. At 4.22 light years away, Proxima Centauri is our nearest stellar neighbour, but it is too faint to see with the naked eye.

Flares from stars are bursts of energy and hot plasma that may impact (and likely destroy) the atmosphere of any planets in their path. Though the Sun produces flares, they are not strong or frequent enough to disrupt life on Earth. Understanding how and when a star flares teaches us a lot about whether those planets might be suitable for life.

Still, as our nearest neighbour, Proxima Centauri b remains a compelling target for the search for extraterrestrial intelligence (SETI). Proxima Centauri is one of the only stars we could potentially ever visit in our lifetime.

At the speed of light, a two-way trip would take 8.4 light years. We can’t send a spaceship that fast, but there is hope that a tiny camera on a light sail could reach there in 50 years and beam back pictures.

Because of this, we joined forces with Andrew Zic and his collaborators, and used CSIRO’s Parkes telescope (also known as Murriyang in the Wiradjuri language) to run SETI observations in parallel with the flare activity search.

The BLC1 signal. Each panel in the plot is an observation toward Proxima Centauri (‘on source’), or toward a reference source (‘off source’). BLC1 is the yellow drifting line, and is only present when the telescope is pointed at Proxima Centauri. Source: Smith et al., Nature Astronomy, author provided

We thought searching these observations would be an excellent project for a summer student. In 2020, Shane Smith, an undergraduate student from Hillsdale College in Michigan, United States, joined the Berkeley SETI Research Experience for Undergraduates program and began sifting through the data. Toward the end of his project, BLC1 popped out.

The Breakthrough Listen team quickly became intrigued by BLC1. However, the burden of proof to claim a detection of life beyond Earth is exceedingly high, so we don’t let ourselves get too excited until we’ve applied every test we can think of. The analysis of BLC1 was spearheaded by Sofia Sheikh, at the time a PhD student at Penn State, who ran an exhaustive set of tests, many of which were new.

There was plenty of evidence pointing toward BLC1 being a genuine sign of extraterrestrial technology, or technosignature. BLC1 has many characteristics we expect from a technosignature:

we only saw BLC1 when we were looking toward Proxima Centauri, and didn’t see it in when we looked elsewhere (in “off-source” observations). Interfering signals are commonly seen in all directions, as they “leak” into the telescope receiver
the signal only occupies one narrow band of frequencies, whereas signals from stars or other astrophysical sources occur over a much wider range
the signal slowly drifted in frequency over a 5-hour period. A frequency drift is expected for any transmitter not fixed to Earth’s surface, as its movement relative to us will cause a Doppler effect
the BLC1 signal persisted for several hours, making it unlike other interference from artificial satellites or aircraft that we have observed before.

Nevertheless, Sofia’s analysis led us to conclude BLC1 is most likely radio interference from right here on Earth. Sofia was able to show this by searching across the entire frequency range of the Parkes receiver and finding “lookalike” signals, whose characteristics are mathematically related to BLC1.

Unlike BLC1, the lookalikes do appear in off-source observations. As such, BLC1 is guilty by association of being radio interference.

Not the technosignature we were looking for

We don’t know exactly where BLC1 was coming from, or why it wasn’t detected in off-source observations like the lookalike signals. Our best guess is that BLC1 and the lookalikes are generated by a process called intermodulation, where two frequencies mix together to create new interference.

If you’ve listened to blues or rock guitar, you are probably familiar with intermodulation. When a guitar amp is deliberately overdriven (when you turn it up to 11), intermodulation adds a pleasant-sounding distortion to the clean guitar signal. So BLC1 is – perhaps – just an unpleasant distortion from a device with an overdriven radio frequency amplifier.

Regardless of what caused BLC1, it was not the technosignature we were looking for. It did, however, make for an excellent case study, and showed that our detection pipelines are working and picking up unusual signals.

This article was first published by The Conversation and was republished here under a Creative Commons license.

Alec Baldwin Finally Opens Up On Accidentally Shooting Halyna Hutchins, “I Would…

Yuvan Shankar Raja Thanks Audiences For Success Of ‘Maanaadu’: “With My Heart…

Manoj Muntashir On Joining The Judging Panel Of India’s Got Talent: “Nothing Short Of…

Ariana Grande Went Pantless in the Most Popular Heels of 2021

Woman killed, another injured as TSRTC bus mows down bike in Mancherial

Treasury and Fed heads explain where the blame for inflation lies

Quiz! Every Australian to win a home men’s Ashes Test this century

India’s first Omicron cases: One is South African, second a local doctor with no…

Ariana Grande Went Pantless in the Most Popular Heels of 2021

Woman killed, another injured as TSRTC bus mows down bike in Mancherial

Treasury and Fed heads explain where the blame for inflation lies

Quiz! Every Australian to win a home men’s Ashes Test this century

Raveena Tandon Reveals How Women Journalists Used To Body-Shame, Humiliate Heroines Because Of Being In Love With The…

RS adjourned for the day amid ‘isolated’ TMC…