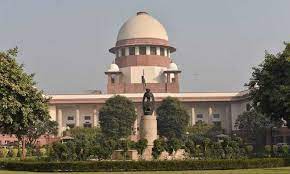 The Supreme Court on Wednesday highlighted the dangers of surveillance, saying it can have a chilling effect on media freedom leading to self-censorship.

“It is undeniable that surveillance and the knowledge that one is under the threat of being spied on can affect the way an individual decides to exercise his or her rights. Such a scenario might result in self-censorship,” a Bench led by Chief Justice of India NV Ramana said, while ordering a probe into Pegasus allegations.

“This is of particular concern when it relates to the freedom of Press. Such a chilling effect on the freedom of speech is an assault on the vital public watchdog role of the Press,” said the Bench. “Protection of journalistic sources is one of the basic conditions for the freedom of the press. Without such protection, sources may be deterred from assisting the press in informing the public on matters of public interest,” it said. It also said PILs based entirely on media reports should be discouraged.