Siddhant Chaturvedi Shares His Take On First-Ever Dance Number ‘Tattoo Waaliye’: “We Were A House On Fire” 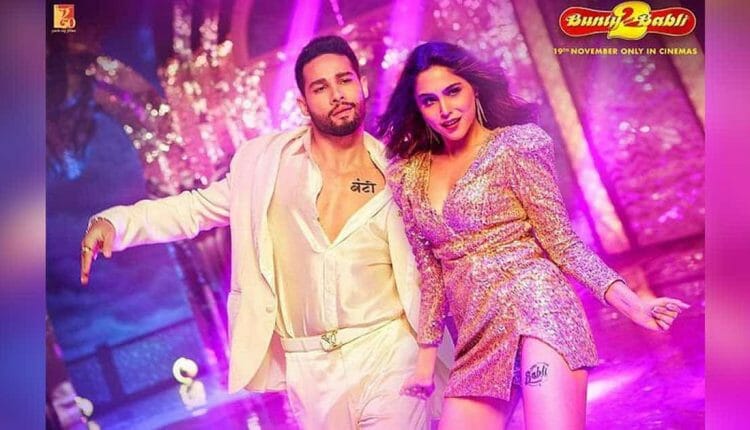 Actor Siddhant Chaturvedi, who rose to fame with his performance as MC Sher in the film ‘Gully Boy’, has revealed why the track ‘Tattoo Waaliye’ from ‘Bunty Aur Babli 2’ is a memorable song for him.

Siddhant said: “Tattoo Waaliye is a memorable song for me because it is my first ever dance number in a film. It presents me as a commercial Hindi film hero! And boy, did I love it!”

Siddhant Chaturvedi added: “I remember I rehearsed incessantly and put in a lot of hours to get every step bang on before the camera rolled. I’m glad to have found a dancing partner like Sharvari for Tattoo Waaliye because she is also a perfectionist who likes to work hard to get everything spot on. We had an amazing time rehearsing and shooting the song with Saif sir and Rani maam. We were a house on fire.”

Salman Khan Eating 3 Samosas Has Made To The News & We Wonder Who Will Report “What Did He Do Afterwards?” Next
When Kader Khan’s Dialogues For Roti Impressed Manmohan Desai Who Gifted Him A ‘Toshiba TV Set’ & ‘Gold Bracelet’

Other than Siddhant Chaturvedi debutante Sharvari is also over the moon about the first dance track of her career.

“‘Bunty Aur Babli 2’ is a special film for me because so many firsts of my career are going to be attached to this project. It is not only my big-screen debut but it has also given me my first big dance number as a heroine in Hindi cinema.”

She added: “I love dancing and I particularly love dancing to Hindi film songs. So, Tattoo Waaliye is a dream come true in every aspect. Sid and I were in awe of Rani maam and Saif sir’s sizzling chemistry in the song and so we were inspired by them to bring out our version of a Bollywood power pair. We had a blast shooting it and I hope the audience love the track too.”

‘Tattoo Waaliye’ has been sung by Neha Kakkar and Pardeep Singh Sran.

The post Siddhant Chaturvedi Shares His Take On First-Ever Dance Number ‘Tattoo Waaliye’: “We Were A House On Fire” appeared first on Koimoi.

Bunty Aur Babli 2: Saif Ali Khan & Rani Mukerji Open Up About Dancing On Tattoo Waaliye, “We Were A House On Fire Shooting It”

PM Modi to inaugurate ‘Maitri Setu’ between India and…