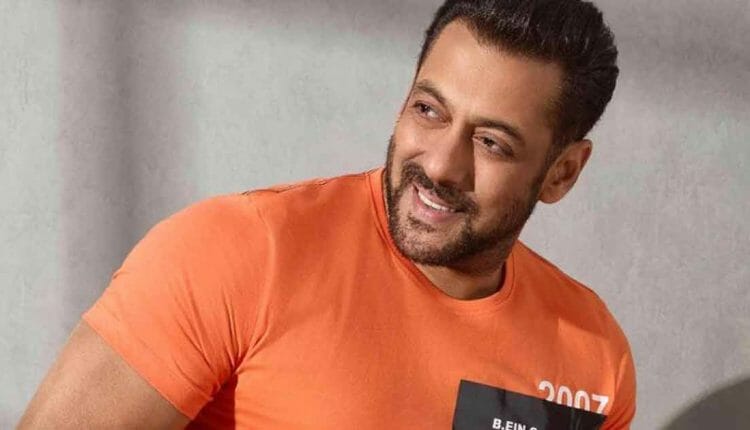 Salman Khan Eating 3 Samosas Has Made To The News & We Wonder Who Will Report “What Did He Do Afterwards?” Next, Read On (Photo Credit: Instagram)

What could be the most bizarre reason for a celebrity to make headlines? Well, there could be many. But the most recent one is Salman Khan eating three samosas in one go at Gaiety Galaxy while launching the trailer of Antim: The Final Truth which also stars his brother-in-law Aayush Sharma in a pivotal role. Scroll below to read the scoop.

Gaiety is one of the oldest and busiest theatres of Mumbai but has slowed down amid the global pandemic.

The chief director of Gaiety Galaxy and Maratha Mandir, Manoj Desai in a conversation with ETimes revealed how Salman Khan ate three samosas in one go at the trailer launch of Antim: The Final Truth. We wonder, what the superstar would have done post that, that would make the headlines.

Manoj Desai told the publication, “Salman Khan and I spoke when he was going to the Jio World Drive. It is good that later he came to Gaiety-Galaxy. Aayush and he opened the gates. The interesting bit was that he was very hungry. He ate three samosas from our canteen. It was very nice to see him do that”.

He concluded, “I am eagerly waiting for his film ‘Antim’. It should do well.”

Salman Khan fans can take notes on ‘Bhai’ eating 3 samosas in one go and still maintaining a stunning physique.

Meanwhile, the trailer of Antin has been getting immense praise from fans and has reportedly exceeded the expectations of fans from all over the world.

Judging by the background music in the trailer, the audience is in for a chartbuster musical extravaganza throughout the movie’s length. ‘Antim’ is Mahima Makwana’s debut film, and she dazzles us with her grace and innocence.

Directed by Mahesh Manjrekar, the film will be globally released in theatres by Zee Studios on November 26, 2021.

What are your thoughts on Salman Khan eating three samosas in one go? Tell us in the space below.

Must Read: Taimur Ali Khan’s Doppelgänger Zaryan Is Breaking The Internet With His Cuteness & Their Uncanny Resemblance Is Just Mesmerising!

The post Salman Khan Eating 3 Samosas Has Made To The News & We Wonder Who Will Report “What Did He Do Afterwards?” Next appeared first on Koimoi.

Grahaa to stream live videos from space using a cluster of…

Bayern Munich will have to wait for Bundesliga title