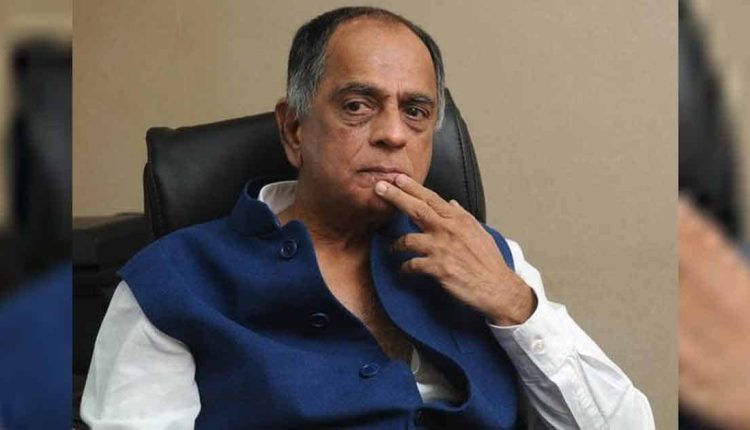 Anaari Is Back: Pahlaj Nihalani Says He Finds “Joy & Pride” In Introducing New Faces In The Industry (Photo Credit: Biographia)

Pahlaj Nihalani who is known for producing films like ‘Aankhen’, ‘Andaz’ and several others, is making a comeback to the silver screen with his next production titled ‘Anaari Is Back’.

The schedule of the film was recently wrapped, post this it will go into post-production. The film will also see a fresh face making an entry into the world of Bollywood.

In the past too, Pahlaj Nihalani has introduced many faces to the industry who went on to gain landslide popularity. Talking about the same, the producer and ex-Censor Board chief said, “I have always found a lot of joy and pride in introducing new talent in the industry. Be it Govinda, Chunkey Pandey, Neelam or Divya Bharti, I feel happy that they started their cinematic journey with me.”

Siddhant Chaturvedi Shares His Take On First-Ever Dance Number ‘Tattoo Waaliye’: “We Were A House On Fire”

A visibly excited Pahlaj Nihalani adds, “As we wrap up the shoot of my next, ‘Anaari Is Back’, I am excited to introduce another new face in the industry. We had an amazing start-to-finish schedule and I can’t wait to bring the film and the new hero to our audiences.”

‘Anaari Is Back’ which happens to be Pahlaj Nihalani’s first project after a hiatus of two years, started its shoot in January this year and has been extensively shot in Lucknow and adjoining areas.

Must Read: Bunty Aur Babli 2: Saif Ali Khan & Rani Mukerji Open Up About Dancing On Tattoo Waaliye, “We Were A House On Fire Shooting It”

The post Pahlaj Nihalani Is All Set To Introduce A New Face With His Upcoming Flick Anaari Is Back appeared first on Koimoi.

Country belongs to 125 crore Indians, not to one political…

Want to learn as much as I can from Dhoni: Alex Carey