‘He is out of a coma’: Boxer hospitalized when he killed wild bear is conscious again, can move & communicate, claims his trainer 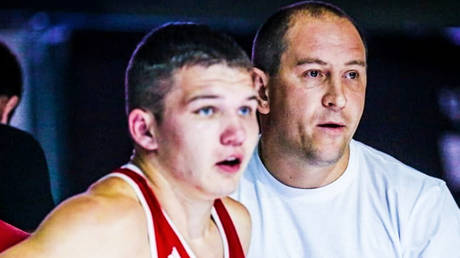 A boxer who was put in an artificial coma after a bear attack during a fishing trip that killed one of his friends has regained consciousness, his trainer has revealed while claiming he is showing more signs of progress.

International boxing bosses pledged they would support Ilya Medvedev after a horrifying incident in the Tyumen region of Siberia last week, leaving the 23-year-old hot prospect in a critical condition with serious lacerations to his head and limbs.

Medvedev attacked the animal with a knife and managed to stab it to death, reaching hospital via a boat steered by one of his friends who survived the terrifying ordeal.

“Ilya came out of a coma, he regained consciousness,” Kosenko told RIA Novosti, adding that the athlete will need further tratment.

“He communicates, even moves. But he takes good painkillers. Now he is being prepared for the next operation.

“In the future, he can be transferred to outpatient treatment so that he is at home.

“He has an inflammatory process from wounds [and his] temperature does not drop. Doctors are watching so that there are no infections or inflammations.”

International Boxing Association President Umar Kremlev said that his organization had already been in touch with Medvedev’s family and would “fully undertake all the financial support and treatment of the athlete.”

The Tyumen Boxing Federation also wished Medvedev a speedy recovery and offered its support to his family.

“Ilya was seriously injured but nothing threatens the athlete’s life,” it said at the time. “At the moment, he is in a hospital in the city of Tyumen.”

Former world heavyweight champion Nikolai Valuev suggested that Medvedev could have found his sporting skills an advantage in the deadly situation.

The fighter’s companion who died from the bear attack has been widely reported to be a 48-year-old man.

Gandhian Society to Work with NGOs in India