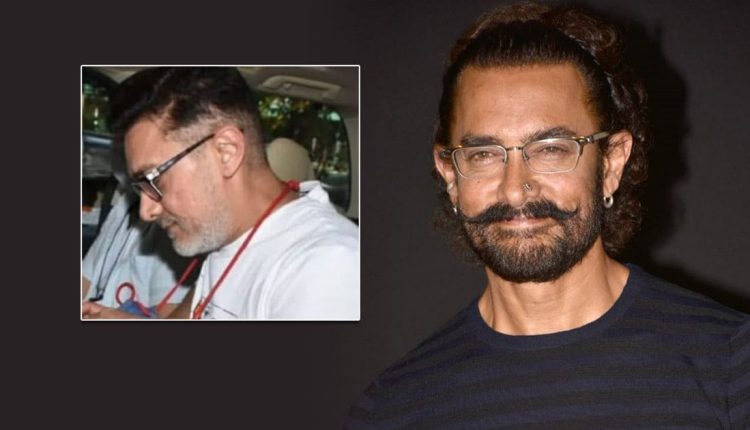 Aamir Khan is one of the most influential stars of the Hindi film industry. As much as he’s an outstanding actor, he is also a trendsetter and recently, the ‘Dangal‘ star made yet another style statement as he sported a salt and pepper look.

The actor was recently spotted with his white beard and hair. The video of him casually walking while sporting the look has gone viral leaving fans in awe of his style.

The actor can be seen wearing a crisp white shirt paired with Carolina blue coloured pants and spectacles. With this look Aamir has cemented the fact that fashion, elegance and class are the things that come naturally to him.

Taimur Ali Khan’s Doppelgänger Zaryan Is Breaking The Internet With His Cuteness & Their Uncanny Resemblance Is Just Mesmerising!
Salman Khan’s Antim Is Releasing In Theatres Despite A Pre-Decided OTT Deal With Zee5, Here’s How Bhai Made This Happened!

On the work front, the actor recently wrapped shooting for his upcoming film ‘Laal Singh Chaddha‘ where he will be seen opposite Kareena Kapoor Khan. He had suffered an injury during the filming but continued to work despite being in pain to not disturb the film’s schedule.

The film directed by Advait Chandan is a remake of the 1994 Hollywood comedy-drama ‘Forrest Gump’ and will see Aamir reprising the role of the legendary Tom Hanks.

Must Read: Shahid Kapoor & Amrita Rao Starrer Ishq Vishk To Get A Sequel? Find Out

The post Aamir Khan Sports A Salt & Pepper Look, Fans On The Internet Are Loving It appeared first on Koimoi.

I’m planning to go for her swearing-in ceremony: G…