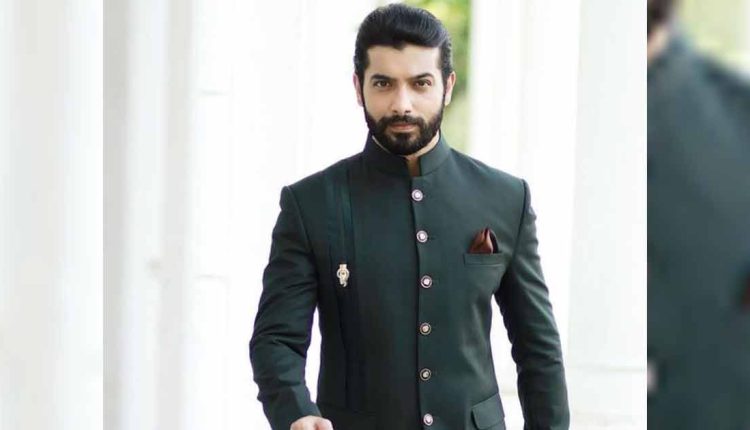 Sharad Malhotra: Happy To Play Character That No One Has Done Ever Before (Photo Credit: Instagram)

Actor Sharad Malhotra is playing the role of Bakshi Jagabandhu in ‘Vidrohi’ that went on air earlier this month. He is quite excited as again after the show ‘Bharat Ka Veer Putra – Maharana Pratap’, he got a chance to play a historical role.

“‘Maharana Pratap’ was the first historic show that helped me learn, made me read up and recall pages from our glorious history. It made me study things all over again. Before that people knew me as a romantic hero. But, Maharana changed that perception of the viewers and the people in the industry, who then started seeing me as a macho hero as well. From ‘Maharana’ to ‘Jagabandhu’ now, it has been an amazing journey because all these years made me realise my potential as an actor, my flaws and positives too,” he says.

The actor adds that whatever he had learned in ‘Maharana’, be it sword fighting, voice modulation, or body language, everything has been put to use while working in ‘Virodhi’. “It is helping me a lot. As they say, no learning goes to waste,” he smiles.

Kamya Punjabi Is All Set To Start Her New Innings By Entering Into Politics?
Mohsin Khan Wants To Break His ‘Yeh Rishta Kya Kehlata’ Image & Here’s How He’ll Be Doing It

Elaborating on what made him agree to be a part of ‘Vidrohi’, Sharad Malhotra says: “The major reason is the character. Whenever I get an offer the first thing I see is how different the role is from my last as I always want to do something new every time. So obviously when I heard about ‘Bakshi Jagabandhu’, and the first people’s revolt that happened in the country, I instantly liked the story and said yes to the show.”

Sharad reveals that many don’t know about what happened in 1817. “When the first people’s revolt happened in India, the person commander-in-chief was Bakshi Jagabandhu. So this is the part of history that many people don’t know. Honestly, when I heard the story, I had goosebumps. I’m happy to play a character that probably no one has done ever before. We know the likes of Bhagat Singh, Mangal Pandey, but know very little about Bakshi Jagadbandhu, who was a legendary warrior from the state of Odisha,” he concludes.

The post Sharad Malhotra On His Role As Bakshi Jagabandhu In Virodhi: “No Learning Goes To Waste…” appeared first on Koimoi.