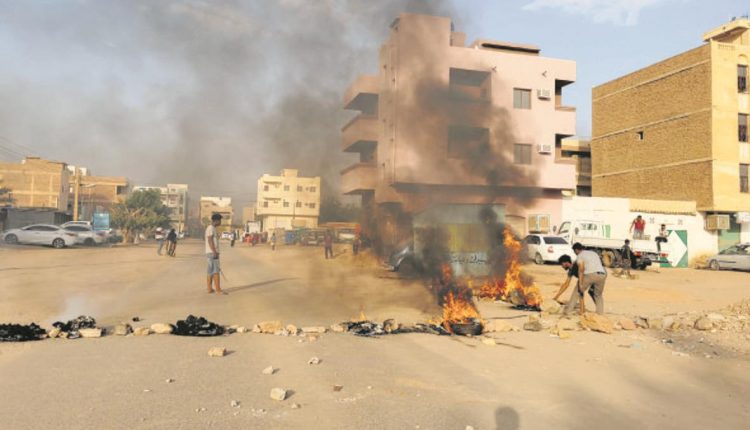 Sudan’s military seized power in a coup on Monday, arresting members of a transitional government that was supposed to guide the country to democracy following the overthrow of long-ruling autocrat Omar al-Bashir in a popular uprising two years ago.

The arrest of Prime Minister Abdalla Hamdok (left) comes less than a month before Gen Abdel-Fattah Burhan (right) was expected to hand the leadership of the ruling transitional council to a civilian
The Sovereign Council, which has run the country since shortly after al-Bashir’s ouster, includes both military and civilian members, who have frequently disagreed over Sudan’s course and the pace of the transition to democracy

Gunfire was heard as opponents of the takeover took to the street and medics said several people had been hurt in clashes.

General Abdel Fattah al-Burhan, who headed the Sovereign Council that had shared power between the military and civilians, said the council had been dissolved.

He announced a state of emergency, saying the military needed to protect the country’s safety and security.

“We guarantee the armed forces’ commitment to completing the democratic transition until we hand over to a civilian elected government,” he said, setting elections for July 2023.

Prime Minister Abdalla Hamdok was detained and taken to an undisclosed location after refusing to issue a statement in support of the takeover, said the information ministry, which was still apparently under the control of Hamdok’s supporters.

The ministry called Burhan’s announcement a military coup and urged resistance. It said tens of thousands of people opposed to the takeover had taken to the streets and had faced gunfire near the military headquarters in Khartoum.

At least 12 people were injured in clashes, a doctors’ committee said, without providing further details.

The information ministry said troops had arrested civilian members of the Sovereign Council and government figures. It called on Sudanese to oppose the military attempt “to block the democratic transition”. — Reuters