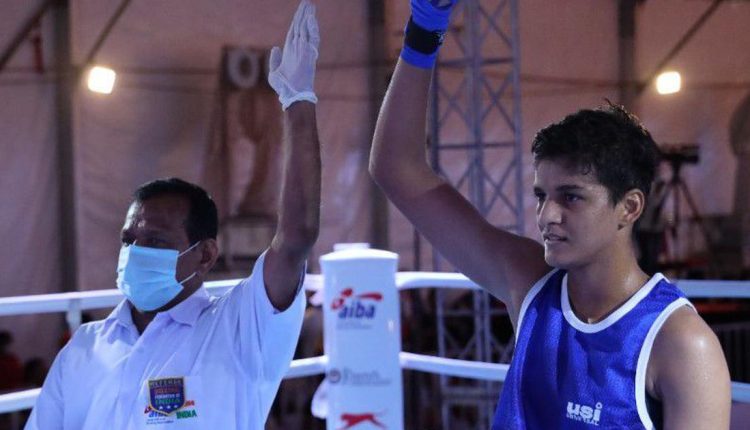 Asian Championships bronze-medallist Jaismine clinched the intense showdown 3-2. The bout was was fought on an even keel throughout however the Haryana boxer managed to tilt the momentum eventually.

Jaismine will now take on Meena Rani of Railway Sports Promotion Board (RSPB), who beat Mizoram’s Kroshmangaihsangi 4-1 in the semi-finals.

It was also a magnificent day for defending champions Railways Sports Promotion Board (RSPB), which had secured eight medals, including six gold, in the last edition of the tournament in 2019.

Eleven of their boxers entered the finals.

The 2019 World Championships medallist Manju Rani set the tone for RSPB as she made her way into the 48kg final after blanking Tamil Nadu’s S Kalaivani 5-0.

Then in the 50kg category, Anamika beat Rajasthan’s Puja Bishnoi with the referee stopping the contest. It was total domination by Shiksha in the 54kg category as she thrashed Chandigarh’s Monika 5-0.

More success was in store for RSPB when Sonia Lather comfortably beat Poonam of Haryana by unanimous margin in the 57kg semi-final.

Australia might let in unvaccinated tennis stars. Don’t treat that as a win – unjabbed athletes are still being victimized

Tiny asteroid buzzes by Earth – the closest flyby on…