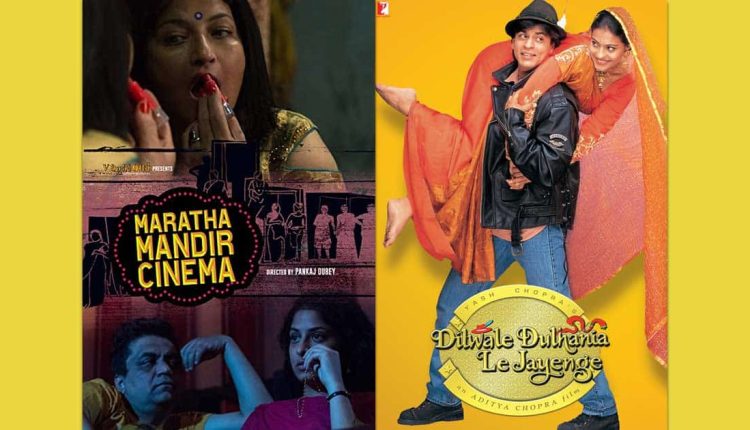 Veteran theatre artist, lyricist, singer, actor and writer Swanand Kirkire has opened up on the short film titled ‘Maratha Mandir Cinema’. The film is a tribute to celebrate the 26th anniversary of the release of mega-hit ‘Dilwale Dulhania Le Jayenge’.

The movie ‘Dilwale Dulhania Le Jayenge’ has been running for 25 years at Mumbai’s Maratha Mandir cinema. So, this 13-minute short film that was released on the Gorilla Short YouTube channel on October 20, not only acts as a tribute but also focuses on the life of the s*x workers in Kamathipura in Mumbai. It brings out their dreams and aspirations. Directed by novelist-turned-filmmaker Pankaj Dubey, this film features actors like Sarika, Swanand Kirkire, Tanvi Ravindra Sangvai and Rajeev K. Panday.

‘DDLJ’ is the longest-running Hindi film of all time with a historic 1,274-week run at Mumbai’s Maratha Mandir theatre. But this film is also important to the commercial s*x workers from the neighbouring red-light district of Kamathipura. The film revolves around the life of a young woman called ‘Simran’.

Swanand Kirkire says: “The film is about the red-light area where the movie ‘Dilwale Dulhaniya Le Jayenge‘ the epic movie starring Shah Rukh Khan and Kajol is playing for 20 years and near that red-light area there is a girl who watches it regularly and due to some circumstances she has a choice to either live as a prostitute or a normal life and there is this pimp, this person who is being an obstacle in her life.”

He adds about his role and also shares his experience of shooting: “I play the role of a pimp near Maratha Mandir cinema where the girl lives basically. My experience of working on the film was great, Pankaj Dubey was very kind. We shot for 3 days and also watched ‘Dilwale Dulhaniya Le Jayenge’ sitting in the Maratha Mandir which was a great experience. I thoroughly enjoyed working with Pankaj Dubey and Sarika ji and the new actor Sandeep. Sarika ji was very kind and very cooperative. I really enjoyed working with her. It’s warm and a beautiful film which is made with heart and I want everyone to see this film and tell us how they feel about it.”

Uttar Pradesh to have cold chain space for 1.23L litres of…