NCB Zonal Director Sameer Wankhede Reacts To Nawab Malik’s Claim Of Extorting Money From Bollywood: “Will Give A Suitable Reply” 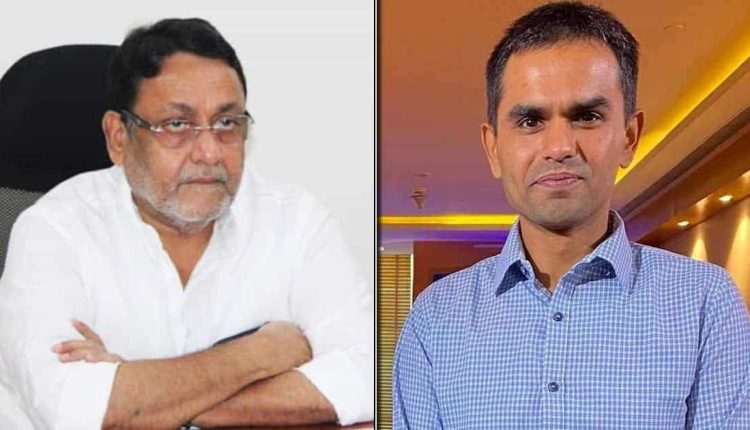 Ever since Shah Rukh Khan’s son Aryan Khan and others have been arrested in a drugs case, Maharashtra minister Nawab Malik has been targeting NCB zonal director Sameer Wankhede. Yesterday, yet again, Malik made some serious claims against Wankhede.

Yesterday, NCP leader and minister Nawab Malik made serious allegations against Wankhede stating that he has been extorting money from Bollywood celebrities. Malik claimed that Wankhede recently went to Maldives and Dubai for the same purpose. Just after a few hours, Wankhede reacted to Malik’s allegations. Below is all you need to know.

Reacting to Nawab Malik’s claims, Sameer Wankhede said, “I strongly condemn all this. I don’t know why the minister is doing all this. The cases are sub-judice. I will give a suitable reply at the appropriate time.” Wankhede did accept that he went to Maldives and Dubai but cleared his side by saying that he went there with his family to spend some quality time.

When Nagarjuna Spoke About His Rumoured Girlfriend Tabu: “When You Mention Her Name, My Face Lights Up”

“The word ‘extortion’ is a disgusting term. I did go to the Maldives after taking the competent authority’s permission. I went with my children and family after taking govt’s permission. If he calls that extortion, then this is not acceptable,” Sameer Wankhede added further as per ANI reports.

Wankhede continued, “My best wishes are with him (Nawab Malik). I am just a government employee. He is a minister. If we want to put me in jail for serving the country, for working honestly, and eliminating drugs menace then I welcome it.”

Must Read: When Simi Garewal Spoke About Her “Mad, Crazy“ Relationship With The Maharaja Of Jamnagar & Said, “It Cured Me Forever Of Jealousy In Love”

The post NCB Zonal Director Sameer Wankhede Reacts To Nawab Malik’s Claim Of Extorting Money From Bollywood: “Will Give A Suitable Reply” appeared first on Koimoi.

Nudity not a problem, says Radcliffe