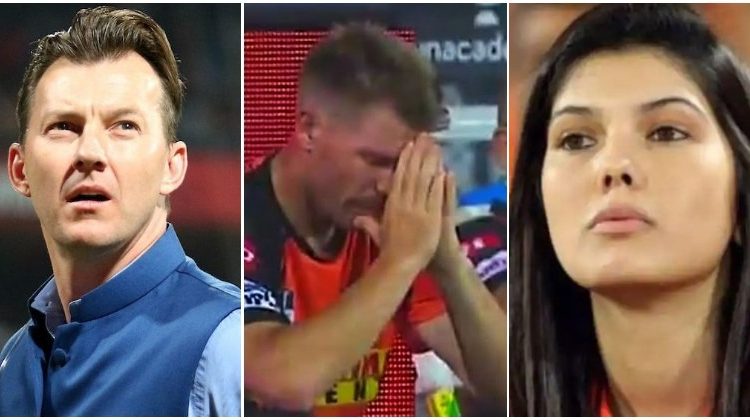 Once known to be a force to be reckoned with on the cricketing pitch, Australian batter David Warner has simmered down from the pedestal of an elite scorer ever since his struggles with the form began back in the first leg of the 2021 season of the Indian Premier League.

Scoring just 195 runs in 8 matches, Warner, who was the captain of the one-time IPL winning SunRisers Hyderabad, was not only dethroned as the skipper by his team management but was also dropped from the Playing XI just a day before the tournament had come to an indefinite half due to the COVID-19 outbreak in India.

Until the previous season, Warner remained the most consistent batter for SRH. He had consistently scored over 500 runs every year while maintaining a strike rate of over 134 between 2013 and 2020. His greatest season with the squad was back in 2016 when he smashed an incredible 848 runs in 13 matches while leading his side to a title victory.

Therefore, when the team decided to reduce his stature to nothing more than a water boy, sitting behind the boundary line, waiting for his teammates to ask for drinks, fans felt that the franchise was absolutely in the wrong and that it was time for Warner to move on.

Unfortunately, it seems as if Warner’s bad form has trickled into the T20 World Cup 2021 which began less than a week after IPL 2021 got over in the United Arab Emirates.

David Warner happily collecting balls running here and there outside the fence and throwing inside instead of sitting in the dugout. He’s so passionate about involving himself in the game, hard days for him. pic.twitter.com/WQ2uCn1A0T

If the two warm-up matches that Australia had, were a sign for things to come during the tournament, then the chances are that Warner may be looking at another disappointing outing. In the first friendly match against New Zealand, the opener was dismissed on a golden duck, while in the face-off against India, Warned could only score a solitary run before Ravichandran Ashwin trapped him for an LBW appeal.

His Australian compatriot, Brett Lee feels that it was the ill-treatment that Warner received during his time with the Hyderabad organisation during IPL 2021 which may have had an adverse impact on the cricketer’s psyche, which has led to his long drought in form.

“… this Australian side is loaded with talent and for me, the key is David Warner. I would like to say he is saving the runs for the games that count after his IPL form! He was really harshly dealt with there and it may have knocked some confidence out of him but he thrives on the big stage. Everything should be rosy for him here, class is permanent,” Lee wrote in his column for the International Cricket Council.

Indian fans were in complete agreement with the Australian speedster and showed their support for Warner. Beloved by millions of fans in the subcontinent, it is hoped that he recovers his form during the tournament.

@davidwarner31, feeling sorry for you

Brett Lee said David Warner was really harshly dealt with in SRH and it may have knocked some confidence out of him, but he thrives on the big stage. Class is permanent. (To ICC).

We stand with David Warner

Yes it was way too harsh .

Everton’s home game against Man City postponed due to…

Under new category, ‘use & throw’ cutlery could be on…