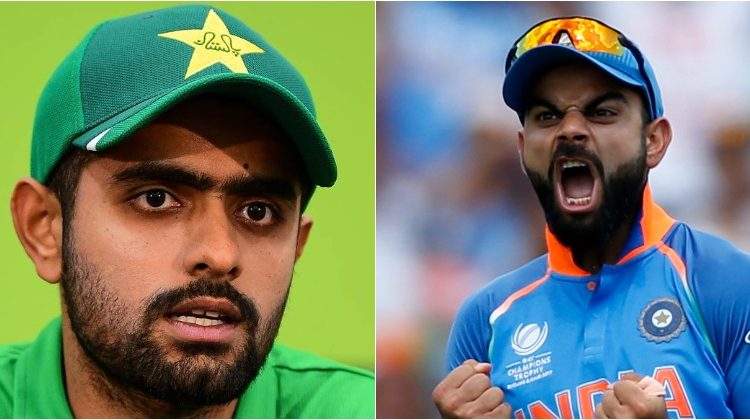 In a couple of days’ time, India and Pakistan will add a new chapter to their age-old rivalry in the T20 World Cup, which for billions is the biggest in world cricket. Ahead of the mega clash, the excitement has hit the roof, with fans and experts placing their bets on either of the two sides.

The Men in Blue are yet to lose a single game against their bitter rivals as far as the World Cup (both ODI and T20) is concerned and this year also they go into the tournament as clear favourites. That said, if there was one format where Team India needs to be vary of Babar Azam’s men, then it’s the shortest format.

Speaking about the marquee clash, former England spinner Monty Panesar said that the Indian team is clearly the favourites to keep their unbeaten run intact, if they can get rid of Pakistan skipper Babar Azam early on in the game.

Like many experts Panesar also feels that India’s top-three of Rohit Sharma, KL Rahul and Virat Kohli are the best in the world but they still need to be vary of Pakistan’s pacers, especially Shaheen Shah Afridi, who has grown in leaps and bounds in the last couple of years and can cause a threat to the Indian batters.

“For Pakistan, Babar Azam and Shaheen Afridi. Shaheen is a wonderful left-arm seamer and he will eye more and more Indian wickets. I am sure Virat and KL Rahul have enough practice against the left-arm seamers. If India bowlers get rid of Babar Azam early, they can destroy Pakistan like a pack [house] of cards,” Panesar told The Times of India in an exclusive interview.

India became the first-ever World T20 champion way back in 2007 and their last major trophy came in 2011 when they defeated Sri Lanka in the ODI World Cup final at Mumbai’sWankhede Stadium.

Since then the Men in Blue have suffered several heartbreaking losses in major ICC tournaments , including the 2013 Champions Trophy final, which they lost to Pakistan.

As cliche as it may sound, past laurels or defeats count for nothing because the team that plays better cricket on the given day returns home with two points.

While players might not accept it openerly but the pressure for the India-Pakistan game is significantly higher than most of the other matches and Sunday’s encounter will be no different. It remains to be seen who destroys whom but one thing is for sure that it’ll be one hell of a clash.

‘Common sense should have prevailed’: Reactions to Virat Kohli’s LBW dismissal in…

‘It’s my job’: Actor Sandra Bullock on her difficult conversations on race with her…

Nia Sharma Confesses Having No Work At Present: “Don’t Know Why Nothing Is Coming My…

Hydrogen Has Been Hyped as Key to a Global Energy Transition. Why?

The Versatile Neena Gupta Delves Into Her Second Innings, Best Choices And Dreams

‘It’s my job’: Actor Sandra Bullock on her difficult conversations on race with her black children

Nia Sharma Confesses Having No Work At Present: “Don’t Know Why Nothing Is Coming My Way”

This is how Google’s digital payment app…