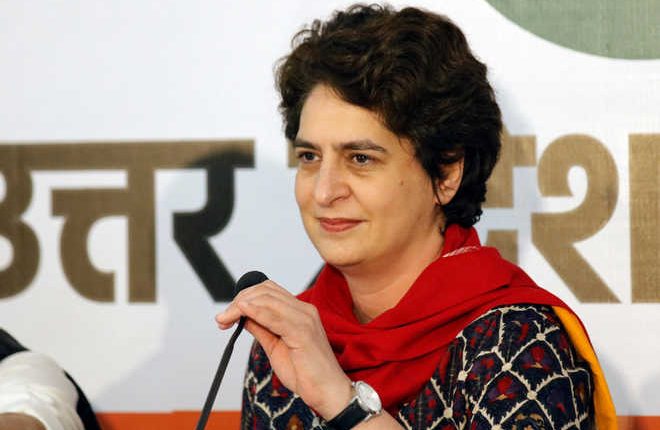 Congress general secretary Priyanka Gandhi on Friday launched a scathing attack on the Centre over the issue of inflation, saying the income of 97 per cent household has declined.

Taking to Twitter, she said: “When you buy petrol and diesel, remember that Modi government has earned 23 lakh crore through tax.

“When you buy cooking oil and vegetables, remember that during this government’s regime, though the incomes of 97 per cent household have decreased, Modi’s friends are earning Rs 1,000 crore daily.” Petrol and diesel prices rallied to their highest ever levels across the country, as fuel rates were hiked for the third consecutive day on Friday.

Accordingly, the pump price of petrol in Delhi rose by 35 paise to its highest-ever level of Rs 106.89 a litre, while diesel rates also spiralled by the same margin to touch Rs 95.62 a litre, according to a price notification of the state-owned fuel retailers.

In the financial capital Mumbai, petrol prices have soared to Rs 112.79 per litre, while diesel rates have climbed to Rs 103.7 3 a litre, the highest among all metros.

Meanwhile, the prices of several vegetables soared in Delhi, the most striking being capsicum, which was sold at Rs 100 per kg.

Tomato continued its high strides since the weekend, while even the tender coconut prices shot up to Rs 65 per piece on Thursday.

In West Delhi, eggplant, cauliflower, and ladyfinger were being sold at Rs 60 per kg, while the buyers had to shell out Rs 80 for a kg of tomato, taro root, and carrot.

After the government intervened and sent buffer stocks to the open markets, onion rates came down to Rs 40 per kg, the same as potatoes.

Several other vegetables continue to be sold at cost lower than Rs 60 per kg.

Bottle gourd and cucumber were at Rs 39, while pumpkin sold at Rs 29 per kg.

There is need for educating youth on anti-racism: Daren…