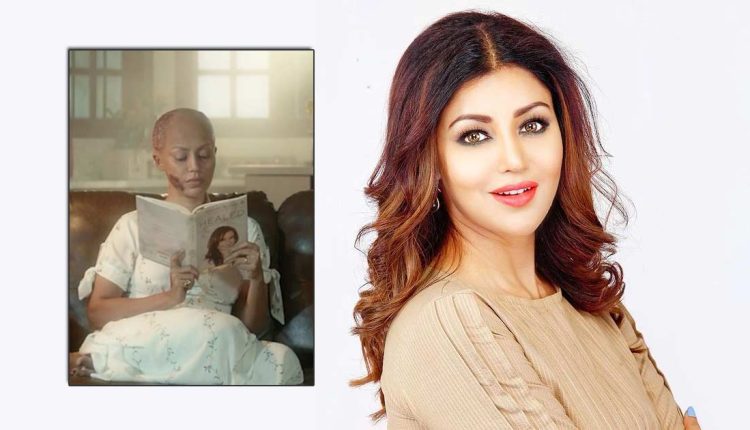 Debina Bonnerjee’s prosthetics for ‘Shubho Bijoya’ will leave you in shock(Photo Credit: Instagram)

Debina Bonnerjee is a woman of many talents. From beauty, fashion, skincare to acting, she aces everything that she does. But for her recent short film titled Shubho Bijoya, the actress decided to put all these aside so that she could focus on her work and play an ailing character.

In the film, she essays the character of Bijoya, who starts off as a supermodel. This naturally required her to work out and go on a lean protein heavy diet for a few weeks, in order to play the role with absolute perfection.

However, her character suffers a setback along the course of the film. This demanded her character to undergo a major physical change which required Debina Bonnerjee to sit for hours together at a stretch while the prosthetics team did their work of transforming her look.

Talking about the experience, Debina Bonnerjee said, “As an actor, you are used to sitting on the make-up chair for hours. But the role of Bijoya was different, the end result made me tear up, that is how emotionally draining it was.”

She also said that although on the periphery, the experience did make her realise how difficult things get for people suffering from such ailments.

“One truly feels for all those suffering from ailments of such kind. This was merely make-up and gear, and my mind and body found it so challenging to get through it so imagine those who are actually suffering. It made me realise that life is so fragile and we must never take it for granted,” she added.

‘Shubho Bijoya’ released on OTT platform Big Bang last week and since then it has received tremendous love from fans across the board. The film directed by Ram Kamal Mukherjee, brings real-life couple Gurmeet Choudhary and Debina together onscreen as a couple after 11 years, one of the reasons that makes ‘Shubho Bijoya’ a special film that piqued the audience’s interest.

While Debina Bonnerjee plays a girl suffering from an ailment, Gurmeet’s character too finds himself in the depths of despair after his character becomes visually impaired.

Must Read: Actress Sudhaa Chandran Tags PM Narendra Modi As Airport Authorities Grill Her Over Artificial Limb: “Is This What Our Country Is Talking About?”

Mexico’s Montes to miss World Cup due to leg injury