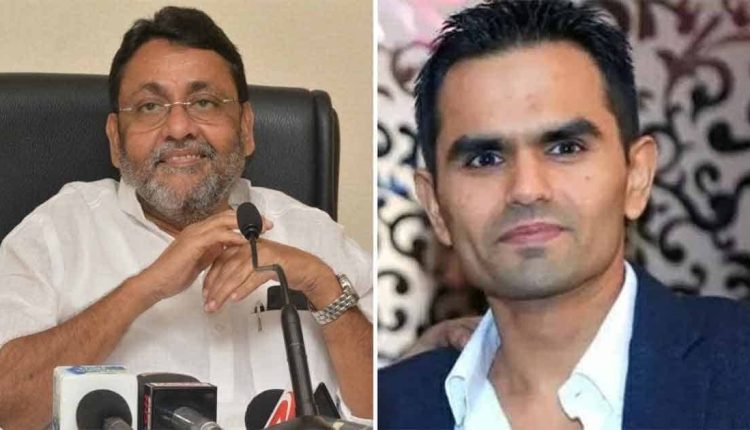 Narcotics Control Bureau is cracking down heavily on Bollywood ever since Sushant Singh Rajput’s death. Aryan Khan’s arrest comes as a hard blow to the entertainment industry and Shah Rukh Khan’s family. Amidst these tensions, NCP leader Nawab Malik has been attacking NCB zonal director Sameer Wankhede over the Mumbai drug bust case.

The leader had accused Wankhede that the alleged recovery of banned drugs from Cordelia cruise ship off the Mumbai coast was “fake”. He also alleged that the arrests made by him were made just on the basis of WhatsApp chats.

Now NCP leader Nawab Malik claims that he received a threat call on Friday where a person warned him not to target Narcotics Control Bureau (NCB) zonal director Sameer Wankhede. The alleged call was made from Rajasthan. Following which the leader has filed a complaint at the police, reports India Today.

Malik had previously also attacked Wankhede about his trip to Dubai and Maldives. The leader asked, “During the Covid-19 pandemic, the entire film industry was in the Maldives. What was the officer [Sameer Wankhede] and his family doing in the Maldives and Dubai?”.

As per the report, the Nawab Malik further made allegations that “attempts were made to implicate certain people in false cases and that ‘vasuli’ (extortion) took place in Maldives and Dubai.” He said he even has photographs to prove his allegations levelled against NCB zonal director Wankhede.

Sameer Wankhede responded to these allegations made by Malik. He said that his family was being attacked by the leader and he would take legal recourse in the matter. Talking to India Today TV, he said, “The minister is saying wrong things. It is an absolute lie. I went to the Maldives with my children for a vacation. I took proper permission from the competent authority for the same. I didn’t meet anyone and I don’t want to give any further clarification on these kinds of accusations. In December, I was in Mumbai, at the time when he said I was in Dubai. This can be investigated.”

Meanwhile, Shah Rukh Khan’s son Aryan Khan is lodged in Arthur Road Jail and Ananya Panday is being interrogated by the NCB after alleged WhatsApp chats between both were recovered. The drug probing agency alleges that both star kids frequently had talked about drugs and procuring contraband substances. She was grilled for nearly 4 hours by the NCB.

Pathan: Shah Rukh Khan To Get Back To Work With Deepika Padukone & John Abraham…

Bigg Boss 15 Poll: Is Karan Kundrra Getting Chances Despite Violence Towards Pratik…

Next pandemic may be imminent and we’re not ready

Monday couldn’t get any better: Reactions to India’s massive win over New Zealand in Mumbai Test

Extraction 2: Chris Hemsworth Teases His Character As He Shares A Video From The First Day Of Filming

Shefali Jariwala Reveals Why She Went Missing Post Her Chartbuster ‘Kaanta Laga’: “People Asked Me Why I Didn’t Do More…