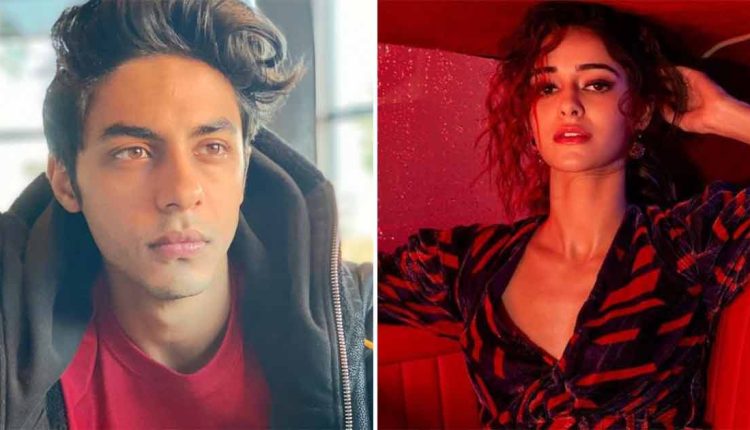 Ananya Panday’s Joke On ‘Ganja’ With Aryan Khan To Land Her In Trouble? (Photo Credit: Instagram)

Chunky Panday’s daughter Ananya Panday was summoned by the Narcotics Control Bureau for questioning on October 21 after her name cropped up during investigating Aryan Khan in a drug case. Now the latest report reveals some shocking details about a conversation between Ananya and Aryan.

Shah Rukh Khan’s son was arrested on October 3 during a drug raid conducted by NCB at Cordelia cruise ship off the Mumbai coast. As his bail plea is getting rejected, WhatsApp chats between him and Ananya is being interrogated by the drug probing agency.

As per India Today report, Ananya Panday was questioned for about 4 hours on Thursday. During the investigation, NCB showed her chats with Aryan Khan where Aryan had asked her if arrangements for drugs could be made. To which the actress replied “I will raise” the matter. Liger actress also said that she was just joking with him.

While the report claimed that NCB couldn’t find any incriminating evidence to prove that she arranged the banned substance for Aryan Khan, the drug probing agency alleges that both Ananya and Aryan regularly talked about drugs on chats.

The report citing their sources claimed that Ananya Panday has denied all the allegations around using and procuring contraband substances. It is also reported that NCB has seized her laptop and cell phone but refused to confirm details about the seizure. She is also expected to appear before the investigating again today for the second round of interrogation.

Previously an NCB officer clarified the ongoing investigation during a media interaction. As ETimes reported, the officer said, “The investigation is going on. When NCB officials visit a person or location for questioning that does not mean the person is a culprit or being investigated. There are several procedures being followed.”

Meanwhile, Aryan Khan is in a special barrack in Arthur Road Jail. After being rejected his bail application by the special court in Mumbai, his bail plea will be moved to Bombay High Court. The Hearing is scheduled for October 26.

Must Read: Debina Bonnerjee Goes A Massive Transformation With Prosthetics For Shubho Bijoya!

The post Ananya Panday’s Joke On ‘Ganja’ With Aryan Khan To Land Her In Trouble? appeared first on Koimoi.