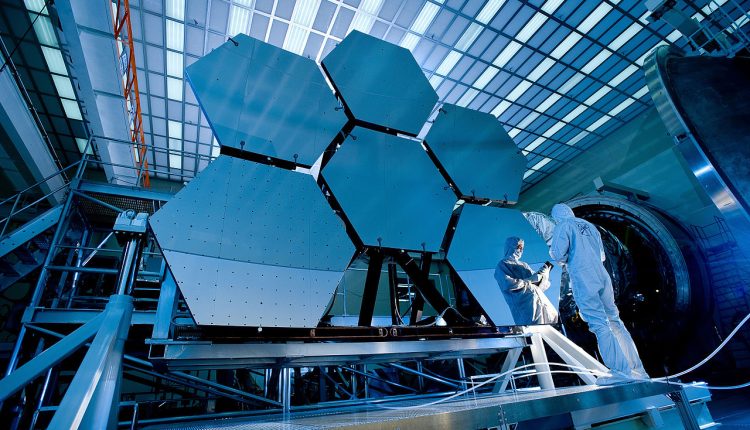 The James Webb Space Telescope will in many ways succeed NASA’s Hubble telescope and could help answer some of the biggest unanswered questions in cosmology.

Its namesake is a former NASA administrator, whose role in purging LGBTQI individuals from government service has prompted scientists to ask for the telescope to be renamed.
NASA promised a thorough and transparent investigation into Webb’s legacy, but announced its decision to not change the name in a sparse statement.

New Delhi: The controversy surrounding the naming of a telescope seen widely to be NASA’s successor to the famed Hubble telescope has resulted in a member of the organisation’s Astrophysics Advisory Committee (APAC) resigning in protest.

The James Webb Space Telescope (JWST) was named after a former NASA administrator, whose term has now come under a cloud amid concerns that he was involved in the persecution of people from the LGBTQI community in the 1950s and 1960s. Several scientists have signed a petition that demanded the telescope’s name be changed.

While NASA had promised to look into the allegations and be transparent about its investigation, it revealed via a single-sentence statement on September 27 that it would not rename the telescope.

The statement, issued by current NASA administrator Bill Nelson, said: “We have found no evidence at this time that warrants changing the name of the James Webb Space Telescope.”

According to Physics World, this development angered several astronomers. In addition, Lucianne Walkowicz, of the Adler Planetarium in Chicago, announced they will be resigning with immediate effect from the committee because of NASA’s handling of the investigation.

Walkowicz, who is also a co-founder of the JustSpace Alliance, said in a post on Patreon, “It is evident from this choice” of announcing the decision not to change the name through a short statement “that any promises of transparency and thoroughness were, in fact, lies.”

They said NASA’s response to the “very reasonable questions raised by the astronomical community regarding JWST’s name” was “flippant, pathetic” and “sends a clear message of NASA’s position on the rights of queer astronomers”.

JSWT, which is scheduled to launch in December, is “the most powerful space telescope ever built and a complex piece of mechanical origami that has pushed the limits of human engineering”, according to an article in The Conversation. It has faced years of delays and billions of dollars in cost overruns.

However, its launch is expected to “usher in the next era of astronomy”, helping to answer some of the biggest unanswered questions about the universe, including when and how the first stars and galaxies formed.

The telescope’s working title was the ‘Next Generation Space Telescope’. In 2002, then-NASA boss Sean O’Keefe named it in honour of Webb. While it is not uncommon for scientific space missions to be named after people, NASA’s choice was unusual since it decided to honour a bureaucrat, not a scientist.

In March this year, an article in Scientific American highlighted Webb’s role in purging LGBTQI individuals from government service – a McCarthyite policy that is today known as the ‘Lavender Scare’. To quote from the article:

“As someone in management, Webb bore responsibility for policies enacted under his leadership, including homophobic ones that were in place when he became NASA administrator. Some argue that if Webb was complicit, so was everyone working in the agency’s administration at the time. We agree. But NASA is not launching a telescope named after its entire administration.”

Subsequently, more than 1,200 people – astronomers, scientists, students and astronomy enthusiasts – signed an open letter asking NASA to rename the JWST. Walkowicz was among those who initiated the open letter, along with Chanda Prescod-Weinstein, Brian Nord and Sarah Tuttle.

The letter said that before serving as NASA administrator, Webb had served as the undersecretary of state during the purge of queer people from government service and that “archival evidence clearly indicates that Webb was in high-level conversations regarding the creation of this policy and resulting actions”.

The authors say that homophobia and the harassment of queer people did not end with the Lavender Scare, pointing out the case of NASA employee Clifford L. Norton, who was dismissed “for suspicion of homosexuality” in 1963, when Webb was administrator.

“The historical record is already clear: under Webb’s leadership, queer people were persecuted. Those who would excuse Webb’s failure of leadership cannot simultaneously award him credit for his management of Apollo. Leaders are responsible not only for the actions of those they lead, but the climate they create within their spheres of influence. As we have noted previously, Webb’s legacy of leadership is complicated at best, and at worst, complicit with persecution.”

The authors said that as future users of NASA’s next-generation space telescope, they were demanding that the telescope be given a name “worthy of its remarkable discoveries, a name that stands for a future in which we are all free”.

“What we found was that, with the available information that we had, there was no evidence,” SpaceNews quoted acting NASA chief historian Brian Odom as saying earlier this week. “That doesn’t mean there isn’t evidence. It means that we found no evidence in this investigation.”

Odom said NASA had also hired a contract historian to delve into the archives but that many of them weren’t accessible during the pandemic.

“As of right now, with the historical information we have in hand, and with the analysis we’ve done on the available evidence, we determined that there is no direct evidence,” Odom added.

NASA’s decision to not change the telescope’s name has surprised many experts who sit on NASA advisory committees, according to Physics World. Many of them learnt of the news from press reports.

This was one reason Walkowicz cited for their resignation. In response to the Astrophysics Advisory Committee’s requests over the last year for updates regarding the investigation, NASA had asked the members to wait and that the results of a thorough investigation would be forthcoming.

“Instead, NASA’s public relations team sent a few emails – with absolutely no details therein – that they had not found a reason to change the name of JWST,” they said.

Prescod-Weinstein, one of the authors of the open letter, said on Twitter: “What I hear as a queer scientist and a member of multiple NASA collaborations is, ‘The homophobic terror that Clifford L Norton was subjected to doesn’t matter’.”

“I find NASA’s single sentence statement about the evidence to be gaslighting, constituted by the sin of omission, and most troublingly, unsupported and thus unscientific. They do not make the case for their claim in light of the publicly available evidence,” she added.

The post After NASA Refuses To Rename James Webb Telescope, Advisor Quits in Protest appeared first on The Wire Science.

Kejriwal sends back cops sent to protect him

Israel made a ‘mistake’ by celebrating victory over Covid-19…

Bollywood bombshells who are summer-ready