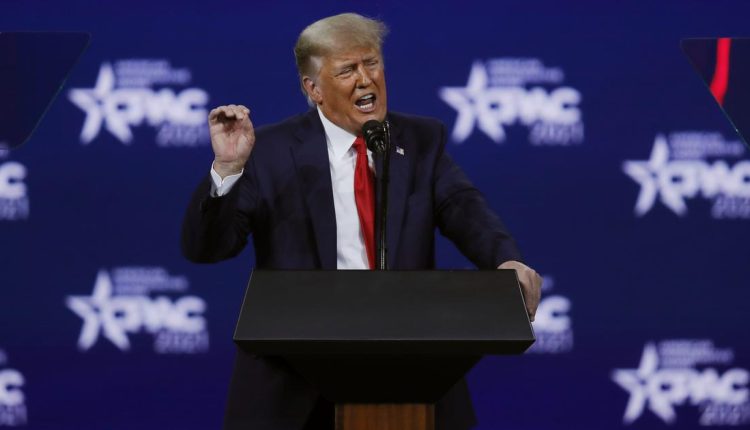 Former United States President Donald Trump on Wednesday announced his plan to launch his social media platform, AP reported. Trump said he wanted to rival the “tyranny” of Big Tech companies like Disney+ and CNN through his media venture called the Truth Social.

“We live in a world where the Taliban has a huge presence on Twitter, yet your favorite American President has been silenced,” Trump said in a statement on Wednesday, according to AP. “This is unacceptable.”

Truth Social will be owned by Trump Media and Technology Group, AFP reported. It will be turned into a listed company by merging with the Digital World Acquisition Corp.

The Digital World Acquisition Corp is a blank cheque company designed to list shares of a private company more quickly and with less scrutiny than a traditional initial public offering, according to AP.

The social media app, which is already available for pre-order on Apple’s App Store, will have its beta launch for “invited guests” next month, AFP reported. Trump will also launch a video-on-demand streaming service that will feature “non-woke” entertainment programmes….

‘This Is Rubbish’: Fans Fume As Team India Deploys ‘Cheap Tactics’ To Beat NZ In…

Ahead of crucial hearing on air pollution, Centre, Delhi govt file affidavits in…

In Bihar, a complaint redressal system is actually solving some problems for Dalits, says this book