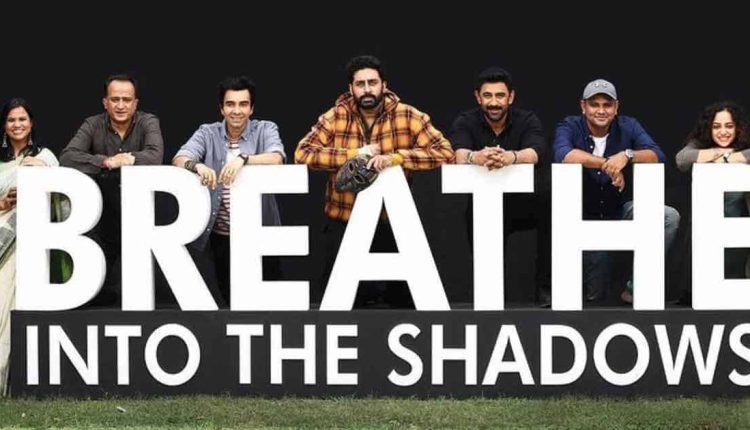 Abhishek Bachchan & Amit Sadh To Be Pitted Against Each Other In Breathe: Into The Shadows New Season (Photo Credit: Instagram)

The new season of mystery thriller ‘Breathe: Into The Shadows’ will have actors Abhishek Bachchan and Amit Sadh locking horns. It is directed by Mayank Sharma.

The principal photography of the Amazon Original series has begun.

Created and Produced by Abundantia Entertainment, the new season brings the face off between Abhishek and Amit to a climax while adding a new dimension to the story with the addition of Naveen Kasturia to the lead cast.

Urfi Javed Exclusive On Aryan Khan Arrest: “He Is Very Cute, Such Cute Guys Shouldn’t Go Through So Much”

The new season of Breathe: Into The Shadows has commenced production in New Delhi and Mumbai. The show is scheduled to launch in 2022.

Aparna Purohit, Head of Originals, Prime Video India said: “Given the popularity and sheer anticipation around Breathe: Into The Shadows, a new season was imminent. As the plot intensifies and new characters infuse raw energy into the narrative, the stakes and the thrill go higher this season.

“The announcement of the new season of this award-winning franchise, reiterates our commitment to develop and showcase the most authentic and compelling stories from India that will transcend all geographic boundaries.”

Vikram Malhotra, founder and Chief Executive Officer, Abundantia Entertainment added: “With Mayank at the helm once again and backed by a strong team of writers, this season will see a host of new characters amp up the drama anchored in a strong emotional core. We’re excited to kick-start another enthralling season.”

The news season of Breathe: Into The Shadows will star Abhishek Bachchan and Amit Sadh locking horns.

Must Read: Habit: Sidharth Shukla’s Unfinished Song With Shehnaaz Gill Showered With Love, Fans Say Sana Is A ‘Woman With Heart Of A Lion’

Amar Upadhyay On Working With Jaya Bachchan In Dekh Bhai Dekh: “She Used To Always Treat Us With Respect & I Saw Her As My Mother”

‘AFSPA should be repealed,’ demand Nagaland and Meghalaya chief ministers

I Need My Clothes to Be Comfy, But These 24 Picks Are Stylish Too

Glamorous Plus Camping Equal To Glamping

Did 2021 Made Renting Fashion Bigger And Finer?

‘All agencies must ensure such an incident is not repeated’, Amit Shah makes a statement in Lok Sabha on…

No one can judge Rahane’s form: Kohli on the vice-captain’s struggles, his own batting and more

Mukesh Chhabra On 83: “It Took Me More Than A Year To Cast”