What Do We Know About Anjali Sharma, The 17-Year-Old Climate Activist Who Is Taking On The Australian Government? 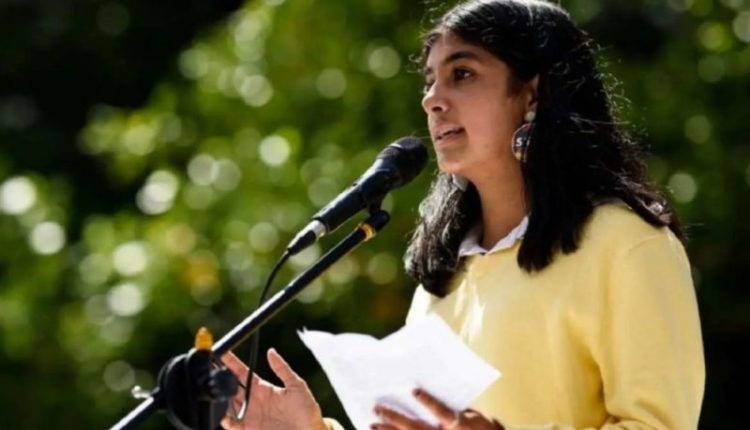 The expansion of a coal mining project in Australia is making the government appear as if they are not holding up to their responsibility of preventing future harm brought on by climate change. This is all due to the work done by eight teenaged environmentalists, led by the Indian origin 17-year-old, Anjali Sharma.

Though the court in its May ruling noted Ley had “a duty to take reasonable care to avoid causing personal injury,” it did not pass an order against the expansion of the coal project. The ‘Sharma decision,’ as the judgment is popularly known in Australia, was hailed as a big win for the teen activists and they were praised for their keen pursuit of change.

According to Sharma, the coal mine is estimated to burn 370 million tonnes of CO2 over its lifetime and dig up a total of 168 million tonnes of coal, which will then be exported to Taiwan, Japan and South Korea.

Environment Minister Sussan Ley, however, chose to give a nod to the coal project last month.

“We will proudly defend the historic ruling that all Australian children are owed a duty of care by our government, and fight to protect my generation from the increasing risks of climate change,” Ms Sharma was quoted as saying in a statement by the Associated Press.

On October 15, thousands of school students across Australia planned to strike for climate, with 26 COVID-safe actions planned to occur across the country, as well as 11 online events, organised by the School Strike for Climate Network.

But who is this high school student who is taking on the Australian government with such rigour?

Anjali Sharma’s Parents hail from a small town in India and moved to Australia when she was a toddler of a mere 10 months. Her inclination towards seeking change in environmental efforts, she says, came after the havoc-wreaking floods in South Asia in 2017.

She made sure she educated herself, mostly via the internet. “Growing up in Australia I consider myself really fortunate,” she said. “I got an education that helped me make sense of what was happening,” Sharma was quoted as saying in the report.

Her passions have led to Sharma being one of the five young activists to be nominated for the prestigious Children’s Climate Prize out of global participants, the other four finalists coming from the US, Kenya and Brazil

Anjali Sharma is still in school and says her parents are proud of the work she is doing. She hopes to study environmental laws.

The resultant unrest has made Australia prone to international criticism, affecting its position of power. Last week, Australia Prime Minister Scott Morrison had agreed to attend next month’s climate conference in Glasgow, but his government colleagues are yet to approve a commitment to net zero.

Also Read; “It Is All About The People” & more: Life Lessons from The Man In The Viral ‘Bentley Video’

The post What Do We Know About Anjali Sharma, The 17-Year-Old Climate Activist Who Is Taking On The Australian Government? appeared first on Man’s World India.

SC seeks Centre’s response on plea to fix cost of…

Mahima Chaudhary on ‘Ticket To Bollywood’