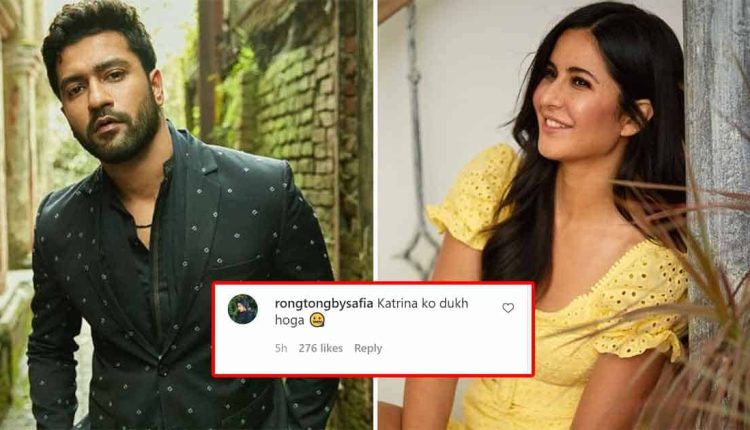 Vicky Kaushal is on cloud nine as fans and critics from across the country are pouring in positive reviews and love for his recently released film, Sardar Udham. The actor took to his Instagram account to share a picture of the cuts that didn’t make the cut and a fan involved his rumoured girlfriend Katrina Kaif in the comments section. Scroll below to read the scoop.

Vicky has shared the picture with prosthetics and has tagged the makeup artist Peter Gorshenin in his Instagram upload.

Sharing the picture on Instagram, Vicky Kaushal wrote, “Cuts that didn’t make the cut. #SardarUdham @pgorshenin”. Fans were quick to react to Vicky’s picture and a fan reacted to it and commented, “Katrina ko dukh hoga ”.

For the unversed, Vicky Kaushal and Katrina Kaif are time and again linked to each other. The duo is reportedly dating but hasn’t officially commented anything on the same.

Let’s take a look at some of the fans’ reactions here from Vicky Kaushal’s picture:

“That looks so realistic ”

“I just realised that these were actual cuts on someone..”

Meanwhile, in a recent interview, Vicky Kaushal was asked about his engagement rumours that had spread like wildfire on social media a few weeks ago. The answer that he gave has gotten us all excited!

During a conversation with ETimes, Vicky Kaushal was asked, “News of your roka (engagement) created quite a furore online. What’s the status on that front? When are you getting engaged?”

The Raazi star replied to this by saying, “The news was circulated by your friends (laughs). I’ll get engaged soon enough when the time is right. Uska bhi time aayega (the time will come).”

What are your thoughts on fans going gaga over Vicky Kaushal’s Instagram post and involving Katrina Kaif in the same? Tell us in the space below.

Must Read: Nawazuddin Siddiqui Could’ve Played The Role Of A Journalist In Sanjay Leela Bhansali’s Gangubai Kathiawadi, Here’s Why It Didn’t Happen!

Kanye West reveals he was a ‘functioning…

‘Pakistan to continue support to Kashmir cause’