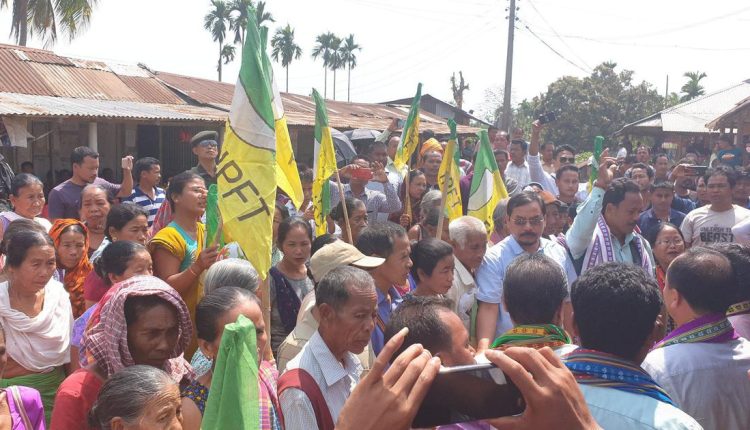 Bharatiya Janata Party’s ally in Tripura, the Indigenous People’s Front of Tripura, on Saturday held talks with the Tipra Motha party and other regional outfits to pursue the demand for a separate state, The Indian Express reported.

Eight Tripura-based organisations have decided to form a joint movement committee to press for their statehood demand. Tipra Motha is a party led by Pradyot Kishore Debbarma, a member of Tripura’s royal family.

“We will soon have a joint movement committee for our demands of Tipraland and Greater Tipraland in the next two-three days,” Indigenous People’s Front of Tripura General Secretary Mevar Kumar Jamatia told reporters. “We are also planning to go to Delhi this month to submit a memorandum regarding our demands to the Centre.”

Jamatia is also the tribal welfare minister in the BJP-led Tripura government.

Tipraland is a separate state proposed for indegenous Tripuri people in the tribal areas of Tripura. The demand for Greater Tipraland involves inclusion of areas outside the Tripura like Mamit district of Mizoram, Cachar and Hailakandi districts in Assam, and Bandarban, Khagrachari, and Chittagong of Bangladesh.

Tipra Motha and the IPFT were mulling an alliance ahead of the tribal areas autonomous district council polls in April. Eventually, the IPFT contested the election on its own, but did not manage…