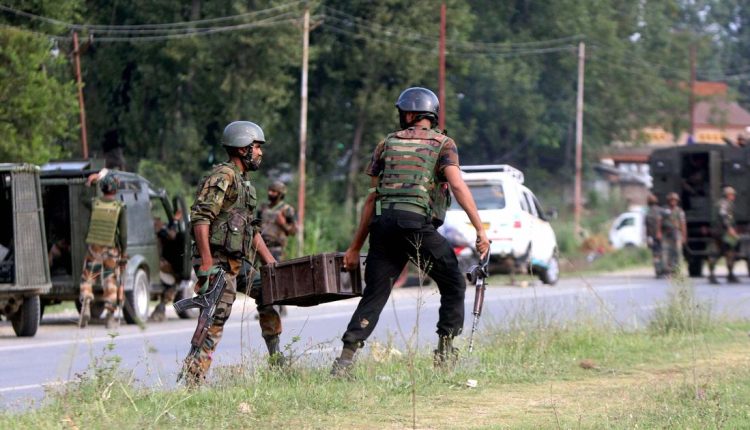 A look at the top headlines right now:

Two labourers from Bihar shot dead by suspected militants in Jammu and Kashmir’s Kulgam: Another labourer was injured in the firing at Wanpoh area of Kulgam district. The deceased men have been identified as Raja Reshi Dev and Joginder Reshi Dev.Three accused in Singhu killing sent to police custody for six days: The three men have been identified as Bhagwant Singh, Govind Singh and Narain Singh. Sarvjit Singh, the fourth accused person, had been sent to police custody for a week on Saturday.No Covid-19 deaths in Mumbai for the first time since outbreak of pandemic: The city’s tally of cases rose to 7,50,808, as it recorded 367 fresh infections on Sunday.Navjot Sidhu lists 13 points about “redemption of Punjab” in letter to Sonia Gandhi: Delivering justice in sacrilege incidents, tackling the drug menace in the state, providing employment and rejecting the Centre’s contentious agriculture laws are among the matters listed by Sidhu.At least 19 dead in Kerala as heavy rain triggers landslides: The India Meteorological Department has placed the districts of Pathanthitta, Kottayam, Ernakulam, Idukki, Thrissur and Palakkad on red alert, and said that they are expected to receive extremely heavy rainfall.At least 40 injured in clashes in Bangladesh’s Feni city during protest against vandalism of temples: Hindu temples and shops…